After several botched attempts to enter the living room, Google may be trying to conquer your living room again with the rumored Android Key Lime Pie software. According to the latest report on the Wall Street Journal, the new mobile OS would allow Google to release an updated Nexus Q, a smartwatch, and a home gaming console.

Google had tried to enter the home and the living room over the past several years. It had initially tried its hand at the home automation market with its Android @ Home service, but that project never really took off after the Google I/O introduction. Then, it was the home music streamer known as the Nexus Q, which was shelved without a launch date. 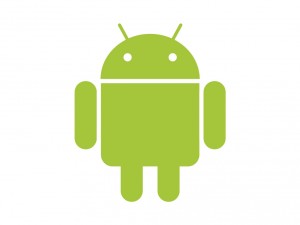 “Google Inc. is developing a videogame console and digital wrist watch powered by its Android operating system, according to people familiar with the matter, as the Internet company seeks to spread the software’s domination beyond smartphones and tablets and cement build the company ‘s reputation as a hardware maker,” writes the Journal.

There has been renewed interest in gaming, with dedicated devices like the OUYA and the NVIDIA Shield.

Additionally, Key Lime Pie may bring Android into more devices. The publication reports that Google may bring Android into notebooks and refrigerators. Hints of Android on low cost laptops have been emerging over the past few months despite Google’s insistence in the past that Android is more optimized for touchscreen tablets whereas Chrome OS is designed for keyboard and mouse. With the recent Chromebook Pixel release having a touchscreen and hybrid convertible Android devices gaining popularity, there seems to be more of a convergence on form factors for Chrome and Android.

It’s a change of pace from the Android @ Home project, though the end result seems to be similar, if not an evolved concept of Google’s original vision that debuted several years ago.

Another area where Android will be used is in wearable computers. Samsung may be using Key Lime Pie to build a smartwatch of its own and Google is exploring its own options with the rumored Nexus Smart Watch. Part of the reason for Android’s more flexibility is that Google and its OEM do not want Apple to dominate the next genre of mobile computing after hitting home runs with its iPod, iPhone, iPad, and MacBook Air form factors.

However, as Google rushes to deliver Android to more devices, the other important thing to consider is that Apple isn’t necessarily the first to market. It just knows the right time to debut its product with just the right amount of functionality. Careful marketing, precise branding, and a curated experience that lends to ease of use make Apple products successful. The Journal makes it sound like Google is hoping to be first to beat Apple.

In order to deliver Android to more diverse consumer product categories, Google will be optimizing Key Lime Pie so it doesn’t require high-end requirements, such as ample RAM and advanced multi-core GPUs and CPUs to operate fluidly. This will be important to keep costs down so that the new smart gadgets will have the opportunity to take off.

And as far as the Nexus Q goes, the next version is intended to be less expensive. Rather than focusing on the hardware, the new Nexus Q will be priced to help Google move more content, such as music and movies.