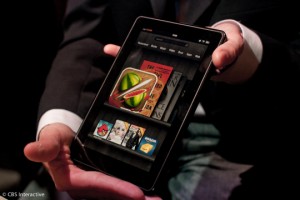 Lots of folks are picking up on a study that says users are having some “fat finger” difficulty with Touch on the Kindle Fire. All of the Apple lovers are saying this affirms Steve Jobs’ comments that Tablets in a 7 inch form factor just won’t work. Time may indeed prove Jobs correct, but quite honestly, I think the criticism is misplaced to a degree.

The real problem is with Android and how its Touch software gets integrated and optimized with the hardware. This problem has existed on Tablets since Android first started appearing on Tablets. Let’s face it, Android’s Touch system doesn’t work as well with Tablets as Apple’s controlled system does. This is largely due to how Android is implemented across a range of devices without much control by Google. Tablet PC and UMPC owners will remember that we saw similar issues with Touch implementation on the various OEM devices.

UPDATE: This is some interesting reading on the subject.

The same complaints could be made with any 7 inch Tablet in my view, not just because of the form factor but because of the lack of coherent optimization with the OS. We haven’t seen a 7 inch Tablet that meets this criteria yet. To be honest, I don’t think we will until Apple decides to make one. There might be some hope with Microsoft and Windows 8, but I wouldn’t count on that since Microsoft, like Google, will not be in charge of the whole shebang once the OS bits are sent to OEMs.