Amazon is rumored to be coming out with new Kindle Fire tablets to compete with the likes of the Nexus 7 2 and iPad mini 2 and it looks like the company may be looking to launch the new Kindle Fires, including the Kindle Fire HD 2, sometime in August or September.

While Apple’s iPad mini 2 and Google’s Nexus 7 2 have dominated the rumor mill as of late, there is a third name to throw into the hat. Amazon, which released its Kindle Fire HD tablets to challenge the likes of the Nexus 7, iPad mini and iPad in 2012, is also rumored to be developing next-generation tablets for release sometime in 2013.

A new Kindle Fire HD 2 is expected for the holidays.

Those tablets have now been pegged for launch in August or September with Taiwanese publication Economic Daily News suggesting that the company is gearing up to launch the tablets in just a few weeks. If true, it would mean that the tablets would likely arrive in between the arrivals of the Nexus 7 2 and the iPad mini 2. 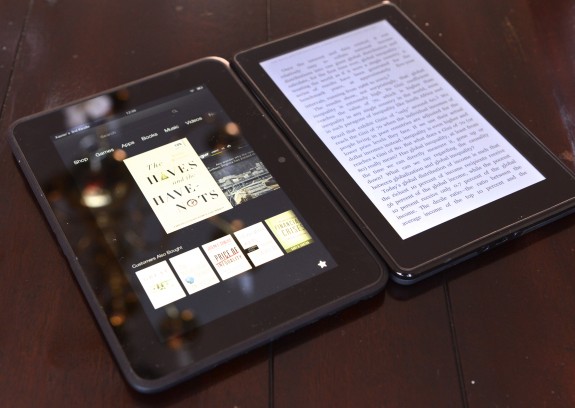 Google is rumored to be launching the Nexus 7 2 in July or early August while Apple is thought to have a new iPad mini 2 up its sleeve for the fall, ahead of the holiday. Last year’s iPad mini didn’t arrive until November, months after the arrivals of the Nexus 7 and Kindle Fire HD models.

The report backs up previous rumors and suggests that Amazon will employ better screen resolution with the new models, including 1920 x 1200 resolution for the Kindle Fire HD 2’s 7-inch display.

Other specifications remain out of sight for the moment though consumers can expect a heavily customized version of Android that features Amazon’s various services, design tweaks and cameras of some kind.