People are kind of excited for the Kindle Fire. So much so that it’s currently listed as the #1 selling item on Amazon.com just above the new Kindles which are just above the old Kindles, crowding everything else from the top 10. All this before most people have even touched the thing.

What is it that makes this tablet so hot? After all, it doesn’t have front and back facing cameras or HDMI out or many of the other specs and features other tablet makers seem to think everyone must have. 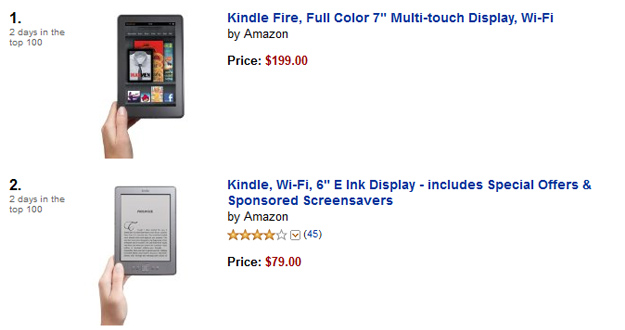 Being among the tiny minority that has seen the Kindle Fire in person and got to touch it (for 6 seconds), I can’t deny that it’s a good product on paper. It has four major elements in its favor:

Price — At $199 it’s one of the least expensive tablets you can buy right now. Yes, Lenovo’s 7-incher is the same price, but that product isn’t available for pre-order yet. Other tablets around this price are either severely sub-par or the Nook Color (see my comparison of the two). That may change soon since tablet prices began dropping today and consumers minds may now think of $199 as the “correct” price for a 7-inch tablet.

The Goldilocks Zone — Since the Nook Color came out, Barnes & Noble has reiterated many times that all consumers don’t want or need a tablet that does 10,000 things, they want a tablet that does a narrow set of things well. Get a tablet into the Goldilocks zone on price and features and consumers won’t miss what’s not there. They didn’t need it, anyway. The Kindle Fire follows the same logic, delivering a tablet that appears just right while answering the question: what is a tablet for? 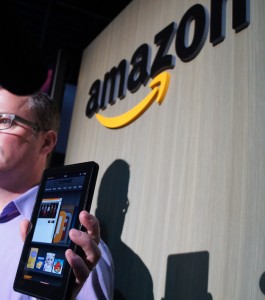 One of the things that made the iPad so attractive was easy access to ones music, videos, and photos via iTunes. The Kindle Fire takes that concept a step further by giving easy access to all of that via the cloud. The Amazon video aspect is the most attractive because, until now, there weren’t many compatible devices and (as far as I know) no compatible tablets at all. Now it’s all in one place. Granted, there are still limitations — it’s not clear whether you’ll get access to Spotify, Google Music, Netflix, or any other streaming media service beyond Amazon’s.

Branding — Consumers like and trust Amazon, for better or worse. It’s true the company hasn’t been in the hardware business for long, but the Kindle was no flop even if it’s not the rampant success it needed to be in order for it to be the “iPod of eReaders”. So here comes a tablet from Amazon with Amazon’s services baked in that doesn’t look crappy or cheap yet is within the range of affordable.

Given all this, it’s no surprise that the Kindle Fire is on fire (yes, I know, but someone was going to say it, anyway) before it even hits shelves. What attracted you to Amazon’s tablet?