For T-Mobile customers who have been eyeing AT&T subscribers with envy with their 5.3-inch Galaxy Note Android smartphone, the latest leaked image of the large phone should replace a lot of that jealousy with hopeful anticipation. We’ve heard that the Galaxy Note would be coming to T-Mobile USA’s 4G HSPA+ network through a leaked user agent string, but now a leaked image of the device shows off the Galaxy Note with T-Mobile branding, suggesting that not only is the device real, but that T-Mobile is testing it and seriously considering the phone for its network. 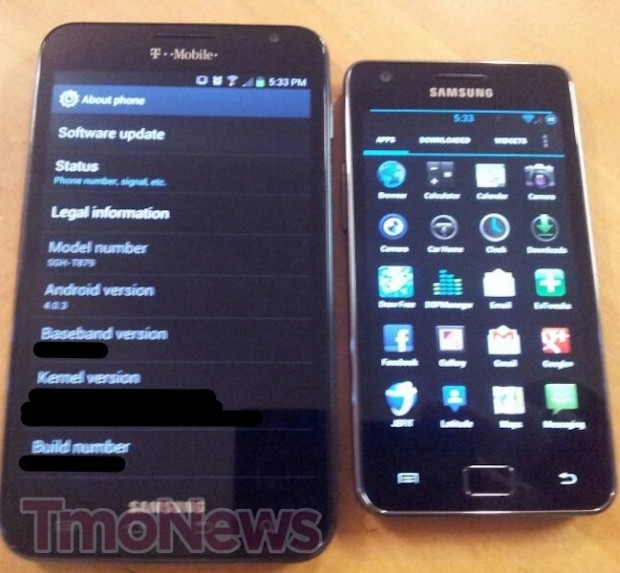 In addition to the visible branding on the hardware, there is also T-Mobile-branded apps and services on the device as well, including T-Mobile Name ID, T-Mobile Mall, T-Mobile TV, and My T-Mobile, according to TmoNews. 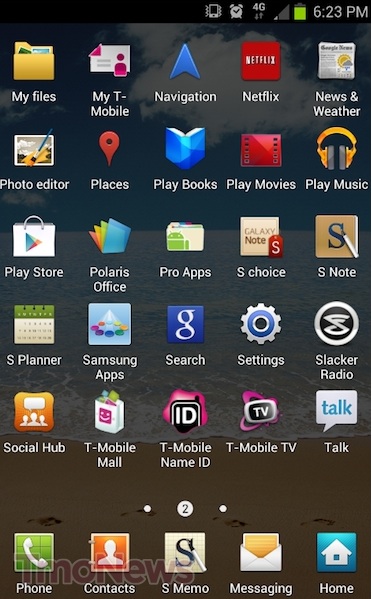 In addition to T-Mobile, in the past the Galaxy Note had also been rumored for Sprint’s Now Network as well. It looks like that Verizon may be the carrier that will be left out if the Note hits both T-Mobile and Sprint in addition to AT&T. It’s still uncertain that T-Mobile would launch the device as carriers sometimes do not follow through with device launches even if they test devices on their networks.

Unlike the AT&T version of the Galaxy Note, which supports the carrier’s 4G LTE network, T-Mobile’s version will most likely utilize a 4G HSPA+ network when and if the device launches as T-Mobile currently does not have an LTE network at this time.

So far, there has not been any details on pricing or availability.