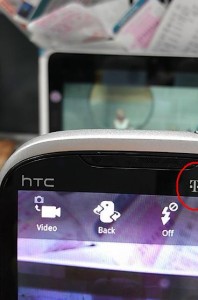 When the HTC Ruby was first leaked a few weeks ago, speculation was that the device may be a mid-range Android handset but the latest leaked specs reveal that the HTC Ruby may be T-Mobile USA‘s newest flagship as the device’s hardware will best any phone that’s currently available. Right now, the two flagship HTC smartphones on T-Mobile’s lineup offer different user scenarios, with the HTC Sensation 4G seen as the more high-end phone with the best all-around specs while the HTC myTouch Slide 4G offering the best HTC photographic experience. Perhaps, the Ruby will merge these two experiences together in a solid candybar form factor Android smartphone.

Like the HTC Sensation 4G, the HTC Ruby will support a dual-core chipset. However, the Ruby’s chip will be more powerful, clocking in at 1.5 GHz per core versus the Sensation’s dual-core 1.2 GHz. It’s likely, given HTC’s historic relationship with chip-maker Qualcomm, that the Ruby will utilize a Snapdragon CPU with Adreno graphics.

In terms of screen, the Ruby will match the Sensation’s 4.3-inch display with a qHD resolution providing a 16:9 aspect ratio that’s optimum for widescreen video viewing. The qHD display is the highest resolution display for Android smartphones on the market today, though there are speculations that in the near future, we may begin to see 720p HD screens in the 4-4.5-inch form factor giving an effective resolution of 1280 X 720.

Additionally, the Ruby will support 1 GB RAM for multitasking, Bluetooth 3.0, and like the photo-centric myTouch Slide 4G, a dedicated camera shutter button for quick access to taking photos and videos. It’s unclear if the new camera interface and features from the myTouch Slide 4G will make its way to the new HTC Ruby, but the Ruby looks to be a non-sliding myTouch companion that will match the Sensation’s specs while giving the average smartphone user the best of HTC’s photographic experience.