While we’re waiting for Apple to announce the iPhone 5 next month claimed parts from the new phone continue to leak. The latest leak is the logic board for the new iPhone.

After consulting with iDeviceGuys, 9To5Mac discovered the new logic board has more antenna connections than the iPhone 4S logic board. This could mean Apple is planning to put 4G LTE into the new iPhone. 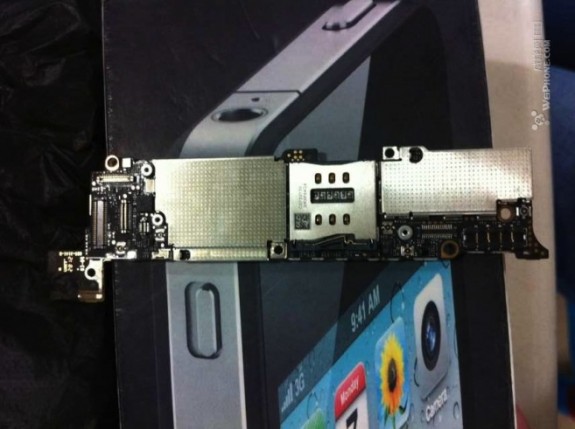 The logic board works with Apple’s A5 CPU with a few tweaks. Some rumors pointed to an A5-2 processor in the new iPhone, so this could be a sign of that. Or this could simply be a prototype using a slightly changed version of the old processor.

In the center of the logic board is the slot for the SIM card which looks to support the new nano-SIM standard. The connection points are closer than normal for a micro-SIM card, and the slot as a whole is a bit smaller. The difference could mean nothing, however.

The board also has five pins instead of four to connect to the battery. The battery for the new iPhone leaked out last week, and looks like it would fit well with the logic board.

Apple will likely to launch the iPhone 5 on September 12. It will likely have a 4-inch display with a 640×1136 resolution, and sport a new, smaller dock connector.

To catch up on the new iPhone, check out everything we think we know about the iPhone 5.