The iPhone 5 and the rest of the new Apple products may receive a new dock connector when they launch this fall.

The new smaller dock connector isn’t confirmed, but Veister, a USB cable design and manufacturing company based in China shares images of what it claims to be the iPhone 5 USB cable.

The company shares a photo of the alleged iPhone 5 dock connector cable on Twitter and with iLounge. 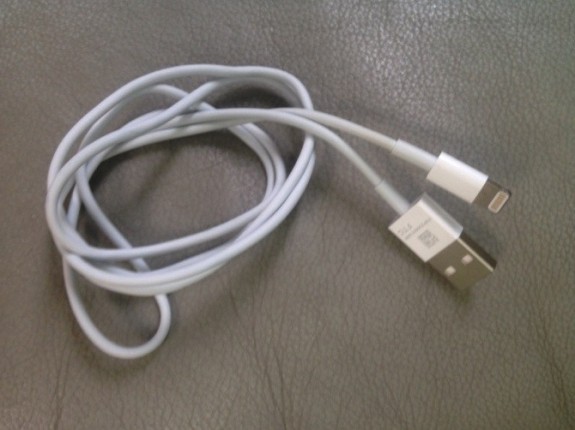 The image shows a typical white iPhone USB cable with a standard USB connection on one end and a new smaller connection on the iPhone end of the cable. It’s not clear if Veister is showing off a prototype of the official iPhone 5 USB cable or an aftermarket replacement.

The iPhone end of the cable looks thinner than the current iPhone 5 dock connector, moving the pins to the outside of the cable instead of inside a metal casing. It’s not clear from this photo if the iPhone 5 USB cable is capable  of fitting in the new iPhone in either direction or if the cable features MagSafe connectivity.

Why a New iPhone 5 Cable

Switching to a new dock connection is a major change for Apple, with ramifications for charging, syncing and using accessories. This isn’t a change Apple would make on a whim. Here are some reasons Apple might switch to a smaller iPhone 5 dock connector, and why it could add this to all the iPhone, iPad and iPod products this fall. 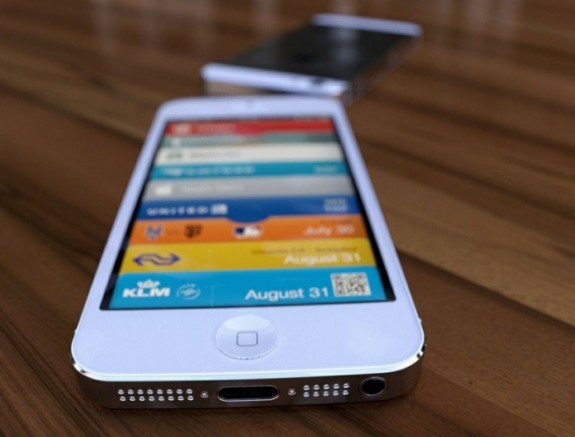 Smarter iPhone Cable – Apple could use the new cable to lock down knock off cables that don’t pay Apple a licensing fee. A small chip inside the cable could prevent charging and syncing with a cheap unlicensed iPhone 5 cable.

Thinner Gadgets – The thickness of the current dock connector limits the ability to make the iPhone thinner and smaller. By switching to a thinner dock connector Apple might be able to deliver the 7.6mm thin iPhone 5 we’ve heard about.

Waterproof iPhone – The smaller dock connector could play a role in waterproofing the iPhone with technology from HzO or help prevent damage by offering a smaller opening.

Magnetic Connection – As mentioned, Apple could opt to place magnets that guide the cable into the dock connector and allow for easy removal.

Better Microphones – With more space on the bottom of the iPhone, Apple could use better placed microphones, improving Siri’s ability to understand and respond, especially in noisy environments.

In addition to the smaller dock, leaks and rumors point to a taller iPhone 5 with a 4-inch Retina Display. The new iPhone may be as thin as 7.6mm and should stay about the same width. The larger display would offer 17% more viewing area without a large increase in iPhone 5 size.

Apple is expected to include 4G LTE connectivity in the iPhone 5. This is a first for the iPhone, delivering upload and download speeds much faster than 3G and the faux 4G AT&T advertises. The new iPhone will also possibly use a faster A5X processor with better graphics.

We expect Apple will announce the iPhone 5 at a launch event on September 12th. Rumors suggest Apple will start taking iPhone 5 preorders later that day.

The iPhone 5 release date is not official, but based on cancelled vacations and leaks looks good for September 21st.