We had previously reported from a leaked photo that Samsung may be considering a new design language moving forward–the company has been rumored to be exploring new materials for its phones including the use of metals and aluminum for a more premium feel–but that appears to not be the case. According to the latest intelligence, it appears that Samsung was experimenting with the design for the Galaxy S4 flagship smartphone before settling on the updated Galaxy S3 looks for its S4.

According to a report on Sam Mobile, the design is a developer prototype for the Galaxy S4. In reality, the phone appears to look something akin to the Nokia Lumia 810 or even the recently leaked images for the Lumia 928 that’s expected to debut for Verizon Wireless.

The device prototype shows a device with corners with a smaller radius and a more straight and angular appearance compared to the smoother and more arced appearance of the Galaxy S3. 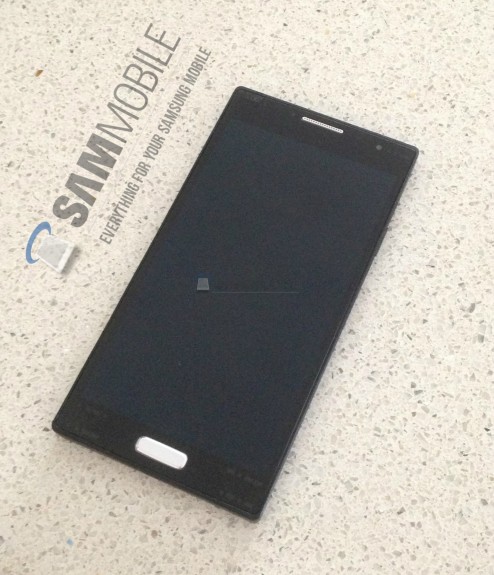 However, given new information about this leaked developer prototype for the Galaxy S4, it appears that original leakster @evleaks had jumped the gun on announcing that Samsung may be migrating to a new design language.

Thus far, while Samsung’s competitors have largely experimented with new materials for their smartphone designs–LG with glass, HTC with aluminum, and Google-owned Motorola Mobility with Kevlar–Samsung has continued to use plastics and the company should really be credited with being one of the few smartphone-makers with a high-end device that allows users to replace the battery and add a removable storage card. The former is useful in allowing users to carry spare batteries and replacing them in the field if they are away from a power source while the latter offers an inexpensive way to add storage to a device in the future should a user’s needs change and grow. Still, Samsung is doing a lot and its Galaxy Note 2 phablet–along with Motorola’s Droid RAZR Maxx–offers one of the strongest battery life on the market despite its power.