We were a little bit skeptical when we found out that AT&T had not one, but two supposed Samsung Galaxy S II devices, and for good reason. AT&T will likely only be launching one Galaxy S II device in the future after BGR confirmed that the device with the physical QWERTY that they had thought was the Galaxy S II is in fact another device altogether. Not shocking at all since two AT&T branded Galaxy S II devices would have been pretty extraordinary. So, what is this phone exactly? Well, it’s still not entirely clear. It is, in fact, an AT&T device made by Samsung that’s launching soon, but it appears that it’s going to be running Android 2.3 Gingerbread. Other than that, nada. Yes folks, the mystery is thick in the air. 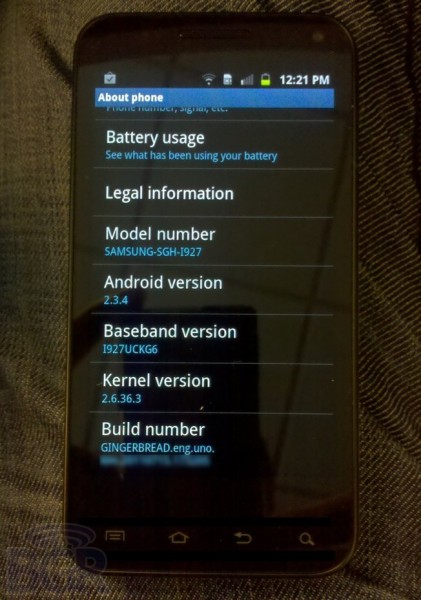 Not the Galaxy S II

As for the actual Galaxy S II that’s headed to AT&T, we think we saw it show up in a photo shortly after the QWERTY device leaked out and like the Galaxy S II that’s been released elsewhere in the world, that device did not have a physical keyboard. And we’re pretty sure that it’s the Galaxy S II as it just passed through the FCC yesterday with a similar form factor and AT&T bands.

So, a little bit of a disappointment to be sure but hey, the phone is still coming out, it just won’t be a Galaxy S II device.