Just in case you needed a reminder about the upcoming Motorola Droid Bionic‘s features, Android Central has unearthed a trove of documents that seem to come from an online training document. The manual is similar to the previous Droid Bionic manual we saw and reveals tons of Droid Bionic features only this time around we see them get described in more detail.

There are many of you still skeptical about what exactly will be arriving on the Droid Bionic in September, most likely September 8th, and this leak should put any questions or fears to rest. Unless this is so some kind of elaborate fake which I doubt it is. 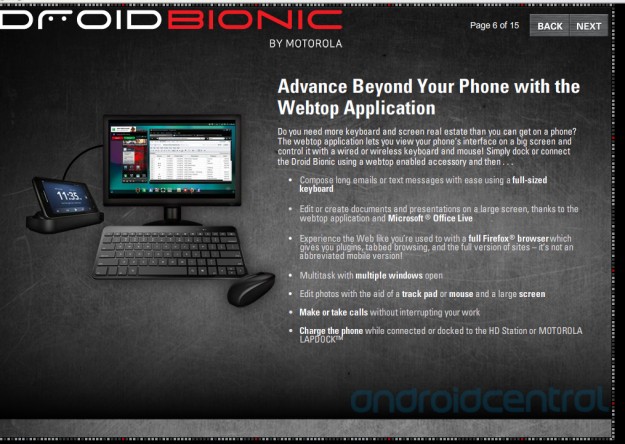 The manual here talks about a device that Verizon and Motorola are going to be calling the Master of All Droids. An appropriate name for the carrier’s first dual-core 4G LTE smartphone. 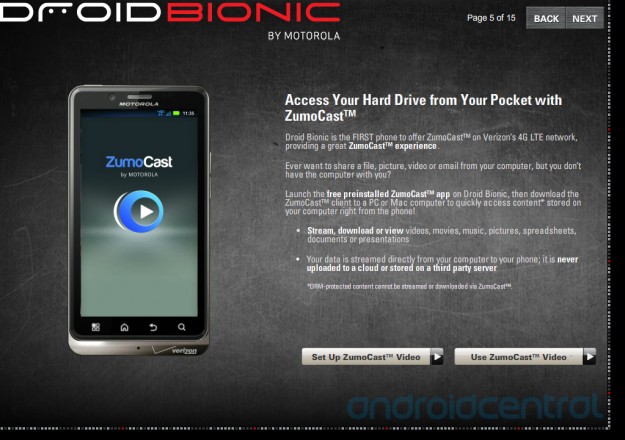 While there is an absolute ton of information here about the webtop accessories that have started arriving in Verizon stores, there is also confirmation of the device’s 4.3-inch qHD touchscreen, its 1080p video capture capabilities, its blazing 4G LTE speeds, the pre-loaded ZunoCast application, and more. 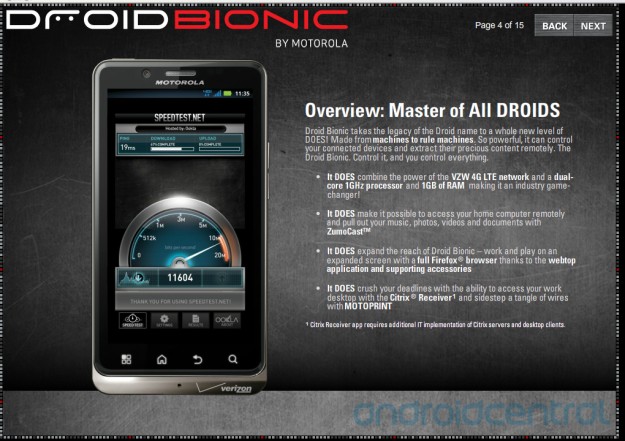 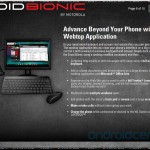 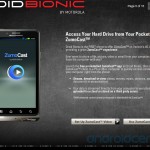 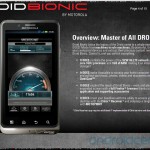 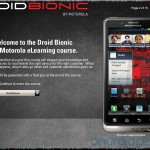 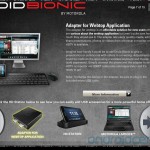 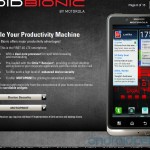 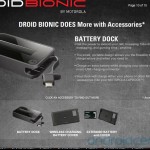 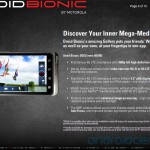