Lenovo‘s 7-inch Android slate has been rumored for some time now, and the LePad A1-07 as the company’s more portable Android tablet has gone official in China. The company has not announced U.S. availability of this particular model yet, though an IdeaPad and ThinkPad tablets are already announced for the States in 10-inch form. 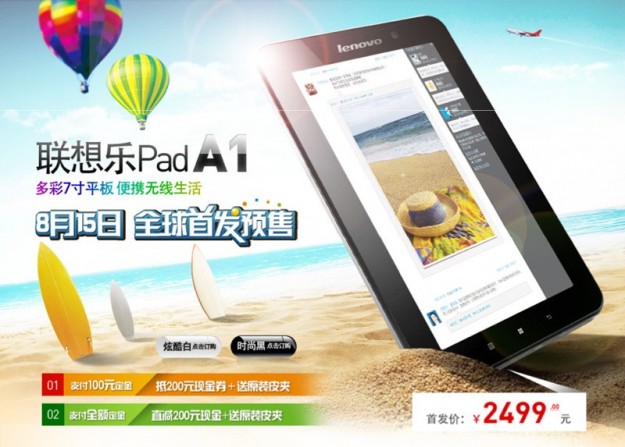 The device would mark Lenovo’s first entry into the 7-inch form factor, and as 7-inch tablets go, Android Honeycomb is still rare on devices of the 7-inch 1024 X 600 resolution displays. As such, the LePad A1-07 will be running Android Gingerbread, similar to HTC’s 7-inch Flyer. It’s unclear, given that Google’s recently announced Android 3.2 Honeycomb will offer 7-inch tablet support, if the A1-07 will be upgradable to Honeycomb in the future.

The device does offer a micro SDHC card slot for expandable storage, 512 MB RAM, 16 GB on-board storage, 1 GHz Texas Instruments OMAP3622 CPU, and front and rear cameras. The device will retail for about 390 USD when it launches in China.