It’s clear that the tablet market has become a two horse race. We have the likes of the iPad, which starts at $499, competing for marketshare with tablets that check in under $250. One of those sub $250 tablets is the Lenovo IdeaPad A1 which the company launched back in October of 2011.

Of course, a lot of the IdeaPad A1’s thunder was stolen by two launches that came just a month later in Amazon’s $199 Kindle Fire tablet and Barnes and Noble’s Nook Tablet which arrived for $250.

But just because it lost some of its appeal doesn’t mean that the IdeaPad A1 is a tablet that can’t compete with the other two juggernauts.

On the contrary, the IdeaPad A1 is a solid offering who’s great size, price point, and performance make it perfect for those that want a quality tablet experience without shelling out the big bucks.

And while it does have its faults  – the screen isn’t anything to write home about, it’s not running Android 4.0 and the design could use some improvements – I think it’s worth a look alongside both the Nook Tablet and Kindle Fire. 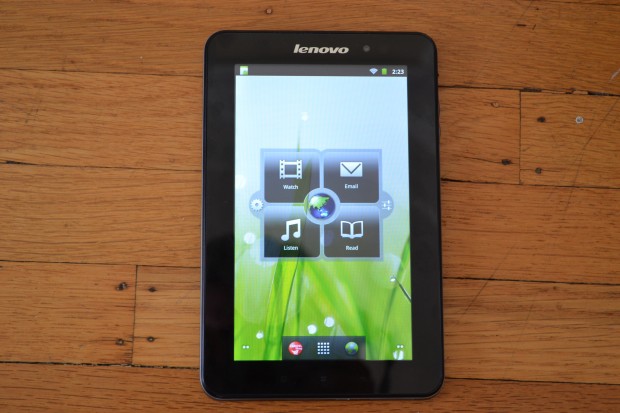 When I first got the tablet, as I mentioned in my first impressions, I wasn’t expecting much from a design standpoint. $199 doesn’t exactly signal elegance in the world of tablets. However, once I opened the box, I was delighted to find that Lenovo clearly spent some time crafting this thing.

I had expected a big chunk of plastic but instead I got some plastic mixed in with a nice magnesium band that wraps around the entire tablet and encompasses the buttons.

It’s a little clunky, but at the end of the day, it’s not going to be an issue. It’s a half an inch thick and it weighs just about 14 ounces. Carrying it around isn’t a burden and you can easily hold it with one hand. 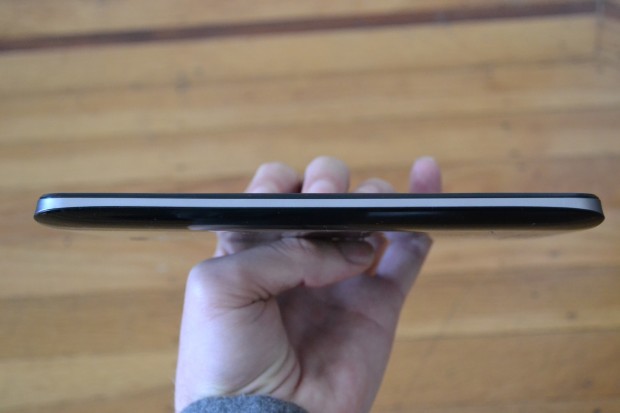 On the right side of the IdeaPad A1 you have a volume rocker and a orientation lock switch, both of which come in handy.

Moving to the top, we have a 3.5mm headphone jack – I’ve always liked it at the top instead of at the bottom – and your standard power switch.

And then, on the bottom we have a microSD card slot which is a huge plus, a microUSB slot for charging, and a speaker.

It also has three soft buttons on the bezel which include a shortcut to things like search and app management, a home button, and a back button. All three are useful and responsive and light up when touched.

Bottom line, this is not a design that is going to win any innovation awards, but it does the job and it definitely lives up to its $199 price tag.

The IdeaPad A1 comes with a 7-inch LED (1024×500) capacitive multitouch display. It’s not going to blow you away but for things like reading email and browsing the web, it does the job. And while the IdeaPad A1 has the same screen resolution as the Kindle Fire and the Nook Tablet, it’s poor viewing angles put it at the bottom of the pack.

Often, I had to shift how I was holding the tablet in order to get a better view and it was even more difficult when I was trying to share the screen with a friend.

Granted, I didn’t expect much from a screen on a $199 tablet but like I said, Amazon and Barnes and Noble were able to include much better screens on their devices at the same price point. 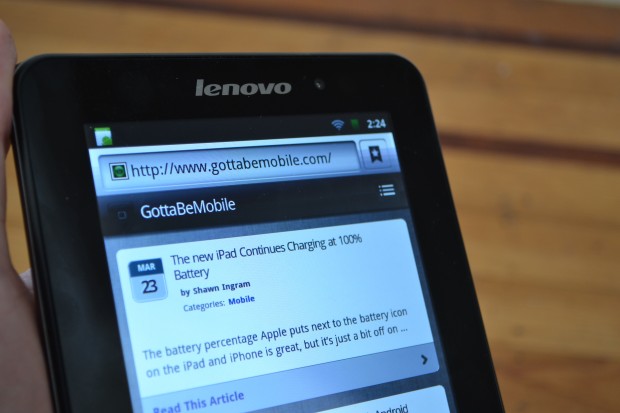 While I was disappointed with the display, I was actually pretty impressed with the IdeaPad A1 from a performance standpoint. It employs 512MB of RAM and a single-core 1GHz processor but during my time with it, the experience was all very fluid.

It never crashed on me and I never encountered any bugs that made me bang my head against the wall.

Apps opened up in a timely manner and I was able to scroll around the menus with ease. I will say that when I put it under heavy duress, there were moments of sluggishness. But again, it’s not a deal-breaker and my hairs didn’t turn gray afterward.

The GPS leaves something to be desired. While it’s nice that Lenovo included it on the IdeaPad A1, it’s extremely slow and is occasional inaccurate. In other words, it’s not going to replace your phone as your primary way to navigate.

I was expecting to get around 7-8 hours of battery life out of the IdeaPad A1 and I got around 7 or so during average use. I’m talking a day full of checking email, browsing the web and watching the occasional video. So, it lived up to my expectations.

One quick check at the spec sheet for the device reveals little embellishment. Lenovo says 6 hours for watching video, 7 for gaming and apps, and 8 for streaming music.

All three were accurate.

That being said, the software here actually isn’t that bad. When I first encountered Lenovo’s skin over the top of Android, I thought I would be in for headaches and disappointment.

After awhile though, I found myself using the static shortcuts on the home screen that allow you to quickly access your video, your email, your music and your digital literature. You can customize the shortcuts to bring you to your favorite applications and I found it to be quite handy.

There is also another, less useful, dock launcher that serves little more than to bring you to Lenovo’s App Shop to pick up software.

Problem is, you can’t delete either of them and while that didn’t frustrate me, I can see it frustrating those who don’t find either of the launchers useful.

Clearly, you’re not buying this tablet for its camera but it does have both a 3MP rear camera and a VGA camera on the front for video chatting. Neither of them are anything to write home about. 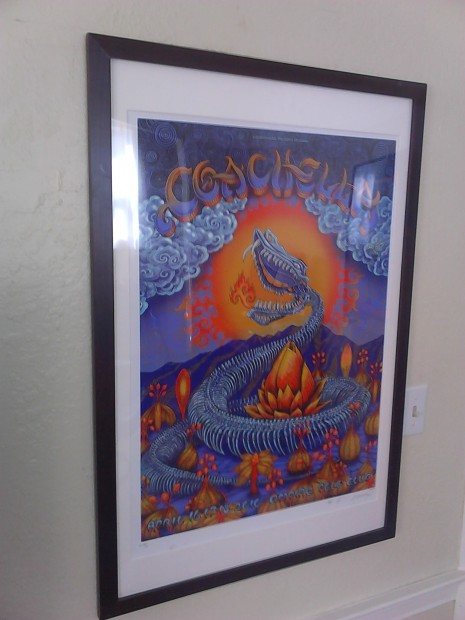 But, at least it has cameras. 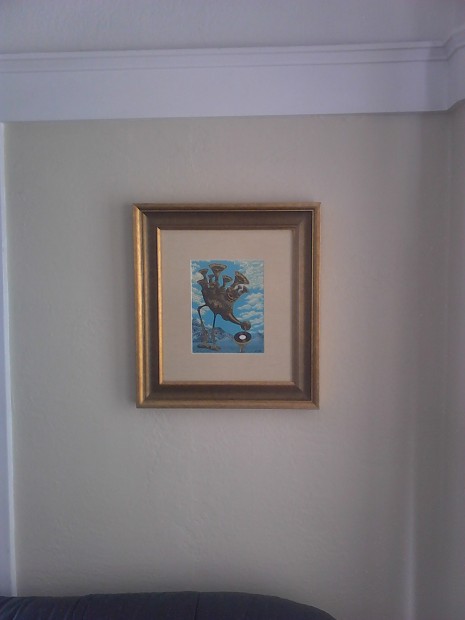 Another Lenovo IdeaPad A1 camera sample.

The Nook Tablet and Kindle Fire do not.

Is the Lenovo IdeaPad A1 Worth It?

The Lenovo IdeaPad A1’s $199 price point makes it an exceptional value. It has specifications that while not mind-blowing, get the job done.

It’s not going to deliver a full-blown experience like Apple’s iPad, but it’s perfect for those that want to check their email, play a game, or surf the web on a screen that’s larger than your typical smartphone.

Suffice to say, the IdeaPad A1 is a nice alternative to both the Kindle Fire and the Nook Tablet and should be considered by those looking in their direction. 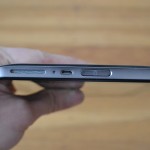 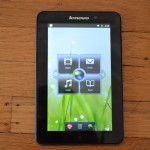 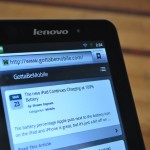 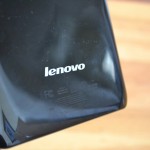 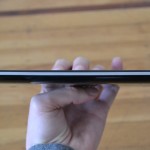 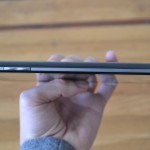 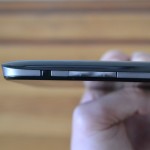 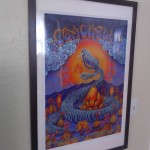 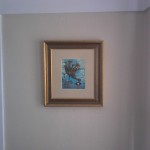 Another Lenovo IdeaPad A1 camera sample.