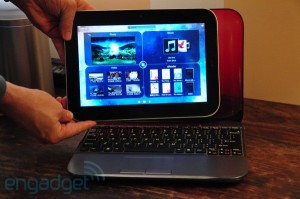 The Lenovo LePad design is one of the most interesting tablet designs that blurs the line between netbook, smartbook, ultraportable, and tablet categories. The LePad itself represents Lenovo’s design tablet aspirations to compete with slates like the iPad. As a consumer-oriented slate, Lenovo is going with Android as the tablet’s underlying OS, and the company had previously stated that the U.S. version of the tablet will be dependent on Google’s Android 3.0 Honeycomb version, which is specifically said to be optimized for tablets; the LePad may launch in China earlier with an earlier version of the Android OS. 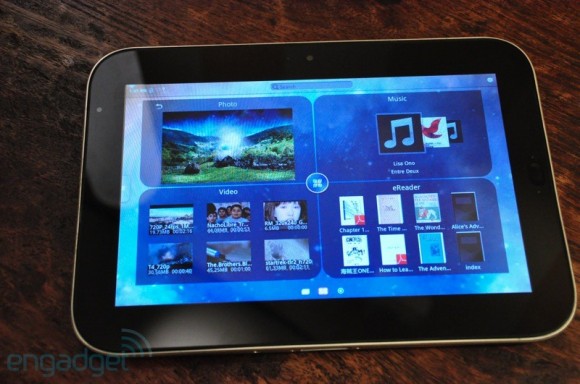 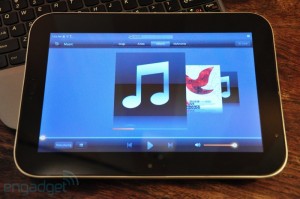 Engadget had an early preview of the tablet, and the blog gave some preliminary impressions of the LePad based on a prototype model that was running the Android 2.2 Froyo operating system.

The LePad has a 10.1-inch capacitive touchscreen, which Engadget says is very responsive, and the overall build quality is good. It’s unclear what processor will be powering the LePad–Engadget speculates that either a refreshed Snapdragon offering from Qualcomm or an NVIDIA Tegra 2 chip may make it to the production model. 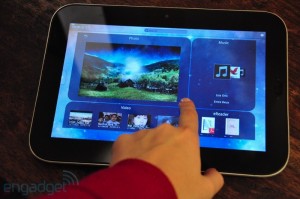 The LePad utilizes a customized Lenovo UI layer, though Engadget notes that in this early prototype, Lenovo didn’t go the extra step like Samsung or Notion Ink with the Adam to customize individual apps on Android. For instance, Samsung had customized the Calendar, Music, Messaging and Email, and Contacts apps to make use of the extra screen space on the tablet so those apps don’t look just like plain smartphone Android apps that are merely scaled up to fill the screen; Sasmung added panes to enhance the user experience on the tablet space.

In describing the software user experience, it seems that the customizations are slick and the widgets provided do add to the tablet experience on LePad:

The colorful UI is a bit too playful and in-your-face for us, but it stretches across three panels — one has circular app shortcuts, another is divided into four media panes (music, photos, etc.), and a final one stores widgets. That middle media pane was actually pretty slick — similar to the UI on the Skylight version, you can adjust the size of the different music, photo, video and e-book boxes by dragging the circular toggle in the middle.

The weight is said to be comparable to the iPad–which sits around 1.5 pounds–and Engadget notes that the back of the LePad is made from plastic and metal materials. There are also front and rear cameras, a mini HDMI and a mini USB ports, along with a headphone jack. 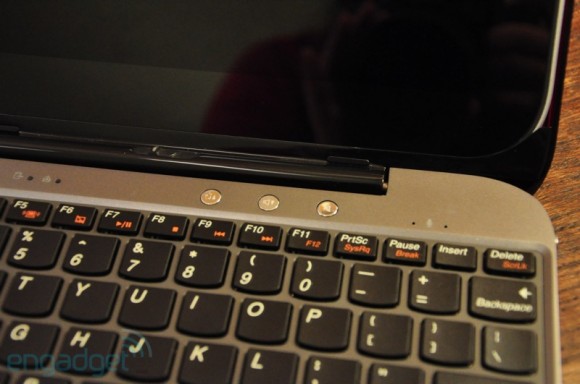 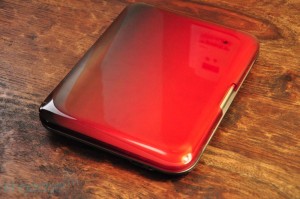 The most intriguing design about the LePad tablet is its clamshell keyboard docking case. Dubbed the U1 Hybrid Dock, the device allows you to slip your LePad tablet into its hard case for protection while toting the device, but also features an island-style keyboard key arrangement so you can be more productive with the tablet when typing out a document or composing an email. In this mode, the tablet essentially becomes a smartbook/netbook competitor.

Unlike keyboard cases for Apple’s iPad, the integrated model offered by Lenovo is thoughtful enough to come with an integrated trackpad with two click buttons, much like the keyboarded lower clamshell portion of a regular laptop or notebook. This should greatly add to the user experience as users will no longer need to reach their arms out to tap on the LePad’s capacitive touchscreen for every click, and can navigate Android and the LePad UI gracefully with the trackpad, which will be closer in proximity to your hands and fingers to the keyboard when using it in this hybrid smartbook mode. 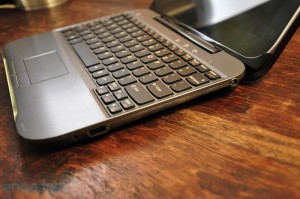 Described as thick with improved hardware, the U1 Hybrid Dock that Engadget saw was a non-working model, so the popular consumer blog was unable to gauge the user experience in the docked mode.

The unique and thoughtful form factor–especially with the U1’s integrated trackpad and mouse button–combined with Lenovo’s IBM heritage in the corporate space should make the LePad and its U1 Hybrid Dock a competitive offering for business travelers, the enterprise sector, and consumers.