The new Marvel Dimension of Heroes experience for the Lenovo Mirage AR for an original story with six Marvel Heroes.

This is a smartphone-powered augmented reality experience that lets you play as Captain America, Thor, Captain Marvel, Black Panther, Doctor Strange, and Star-Lord.

With the Lenovo Mirage AR headset, you pop your phone in the headset to power the experience and use the new controllers to punch, slice and blast through battles as one of the Marvel heroes.

The Lenovo Mirage AR device is $249.99 in the U.S. and is available from Amazon and Lenovo starting on September 6th. The Marvel Dimension of Heros and Star Wars: Jedi Challenges apps are free to download in the App Store or Google Play. 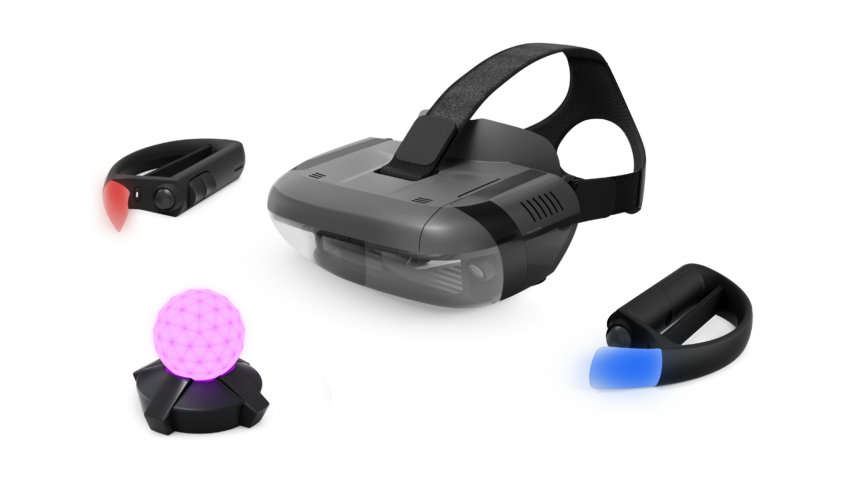 Play co-op with another player in AR.

To use Co-Op mode each player must be equipped with the Lenovo Mirage AR headset, two Universal Controllers, a Tracking Beacon, and be connected to the same Wi-Fi network. Each player must also download the latest version of the MARVEL Dimension of Heroes app on a compatible smartphone. Players are recommended to stand side by side in the same direction, facing the Tracking Beacons about 4 feet away.

This also works with the Jedi Challenges AR experience at no extra charge. Simply download the Jedi app to your phone and you can play when you get your headset.