Today at the annual IFA Tradeshow in Berlin, Lenovo announced an all-new and much improved Yoga Tab 3 Plus with key upgrades across the board. The Android-powered Yoga Tab lineup has been a staple for home use with a built-in kickstand, great stereo sound and decent battery life, and their new model for 2016 will be better than ever.

So far none of the new Lenovo Yoga Tab models have a built-in projector like last year, but it’s newest 10-inch tablet has more than enough upgrades to make up for it. We’re talking about a big and beautiful 2k display, four JBL speakers for stunning audio, and a massive battery rated at 18 hours of all-day usage.

Each year the Lenovo Yoga lineup delivers impressive tablets for Windows users, as well as the Yoga Tab lineup running the latest version of Android, and that’s what was unveiled today. Read on for more details about their most impressive Android tablet to date. 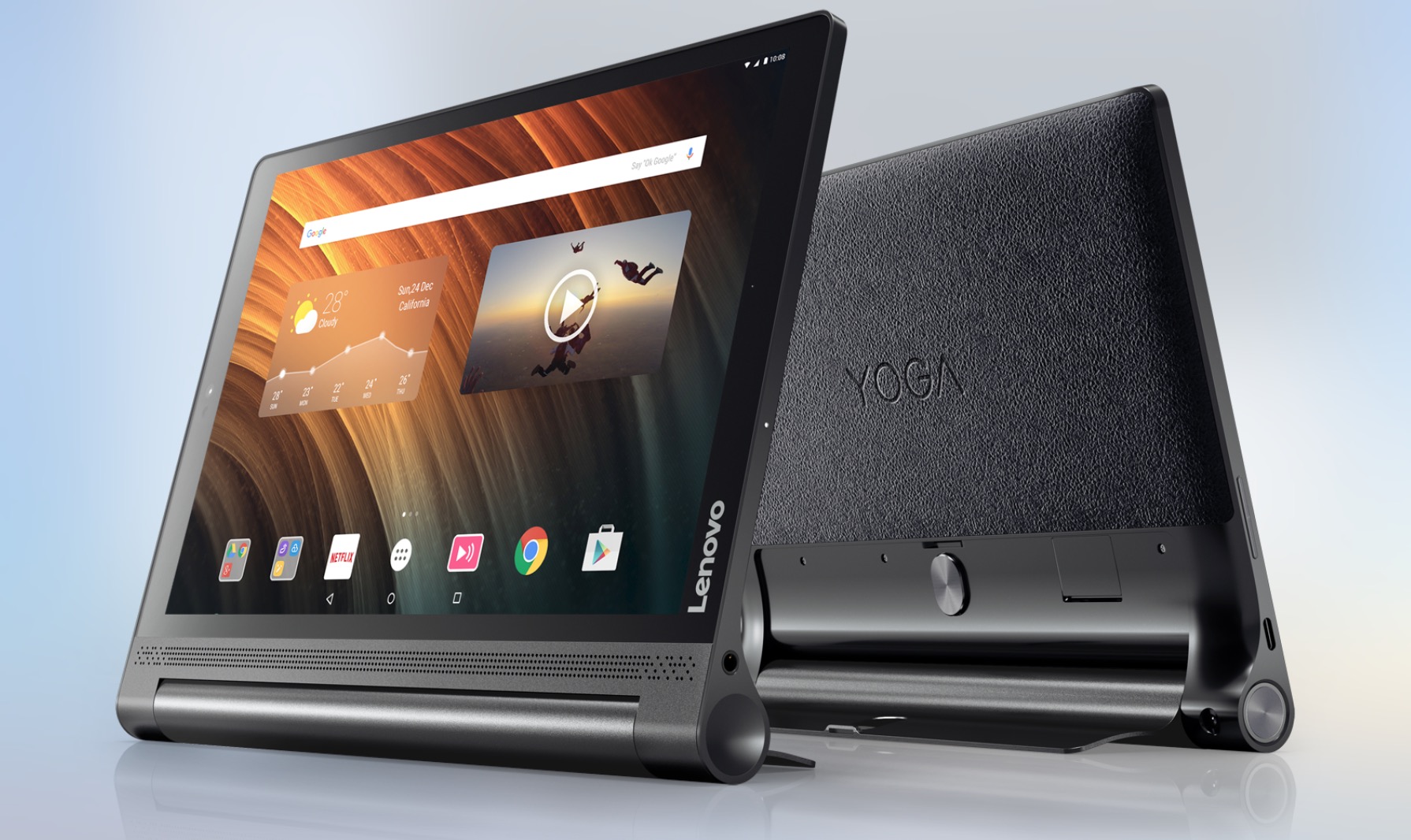 Along with three other brand new devices in time for the 2016 back-to-school and holiday season, Lenovo announced the Yoga Tab 3 Plus. It offers the same big 10.1-inch display as previous models, but this year it sports a 2560 x 1600 Quad-HD IPS display for the best movie experience to date.

To go along with the improved display Lenovo has partnered with JBL and added four stunningly loud and crisp speakers to the front, which will deliver booming sound and immersive entertainment with Dolby Atmos technology. These combined should make for some good movies. 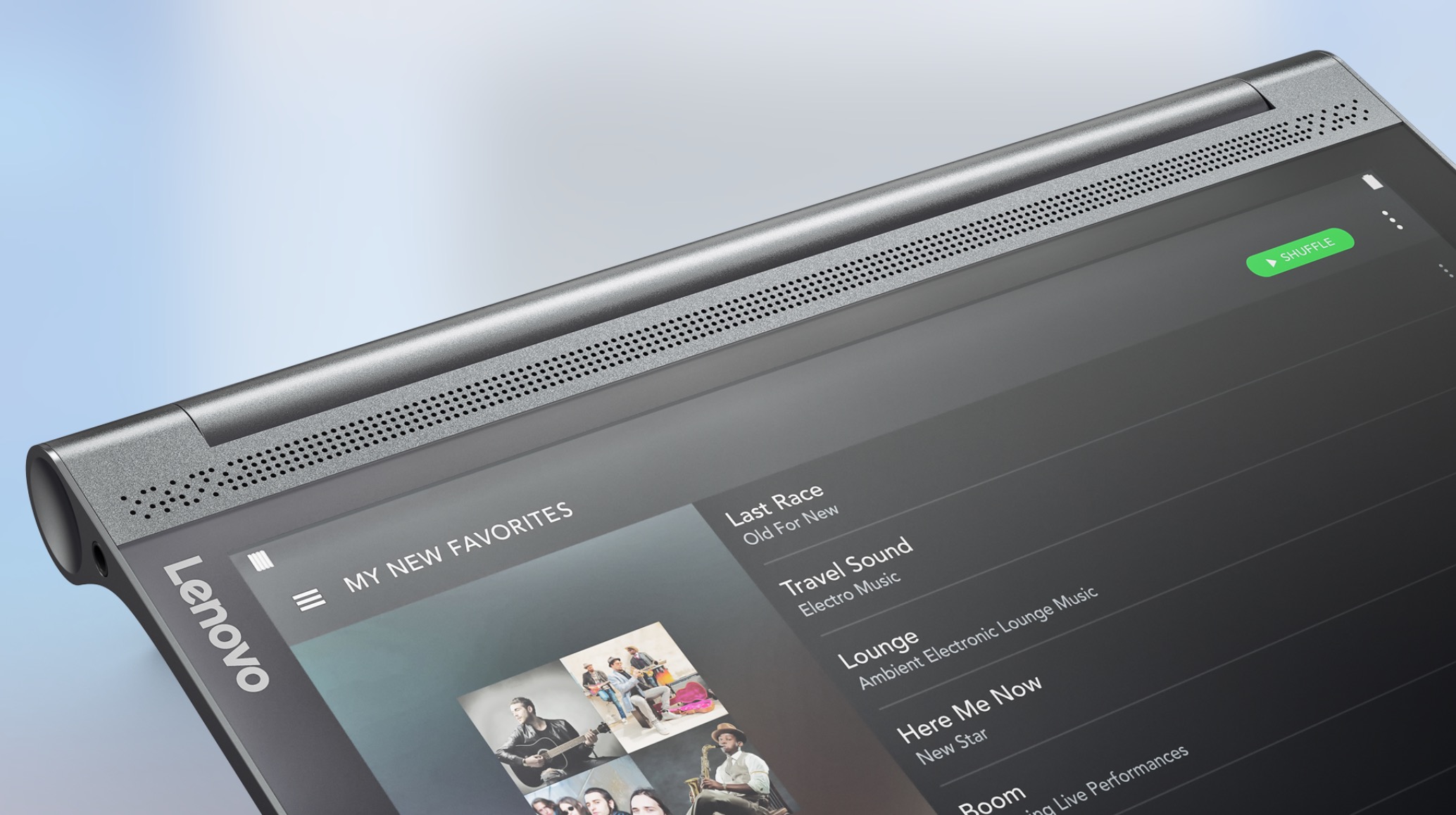 A new 2k display and quad speakers would probably be enough of an upgrade, but the company also packed in an IP52 splash-resistant rating, so more owners can use it in the kitchen for cooking with the built-in kickstand. And once again, it supports four different modes with the push of a button. Click the back to release the metal kickstand and set it up an easy to hold mode, kickstand mode, tilt for desktop (looking down) use, and of course hang mode. The kickstand has a circular slot perfect for hanging it in the car or on the wall.

To round out the specs the just announced Lenovo Yoga Tab 3 Plus has an 8-core Qualcomm Snapdragon 652 processor with 3GB of RAM, 32GB of internal storage, a micro-SD slot for expansion, 13 megapixel rear and 5MP front camera configuration, USB Type-C for universal and quick charging, and a massive 9,300 mAh battery. In fact, Lenovo claims it can last for nearly 18 hours on a single charge with typical all-day usage. That’s impressive. 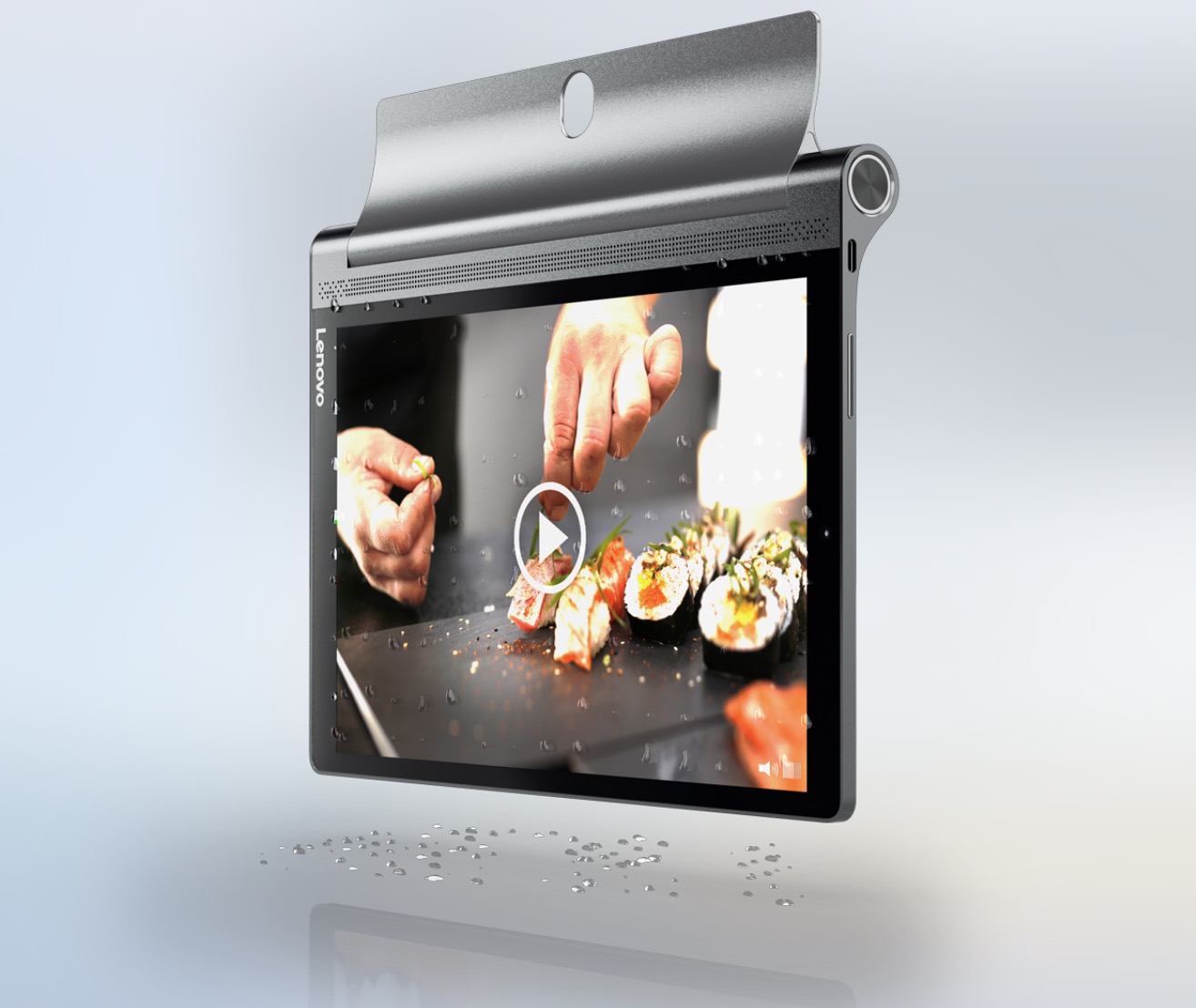 It runs Android 6.0.1 Marshmallow with Lenovo’s skin over the top with a kids mode for safe usage, Netflix pre-installed, and comes in two colors: Puma Black or Gunmetal Grey, with a new faux leather finish on the rear.

Overall the Lenovo Yoga Tab 3 Plus looks to be a great upgrade over earlier models. From the stunning Quad-HD display, powerful processor, booming JBL speakers, USB Type-C and splash resistance. Lenovo will also offer a 4G LTE model with a SIM slot for business users or those on the go. We’re hearing the new Tab 3 Plus will debut around $299 in October. Stay tuned for more details.