Lenovo made a big splash in Android tablets this evening with the new IdeaPad Yoga tablets. Building on the appeal of the Yoga Ultrabook line, the new Yoga 8 and Yoga 10 deliver a design with premium materials, a kickstand and claims of up to 18 hours of battery life.

Announced at a live stream event with Ashton Kutcher on hand, the new Lenovo Yoga 8 and Lenovo Yoga 10 arrive in stores on October 30th, in time for the holiday shopping season to go head to head with the Kindle Fire HDX, Google Nexus 7 2013 and the iPad Air and iPad mini 2.

Lenovo uses a notebook battery in the Yoga tablets to deliver the long battery life and incorporates this barrel battery into the design to deliver what they are calling a new tablet experience. 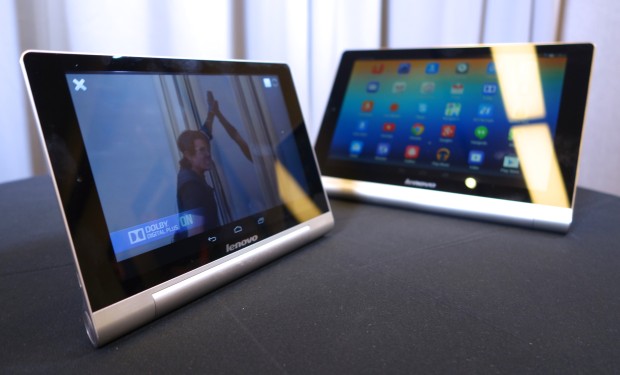 This starts with a circular edge on the left side of the tablet and hits the hold, tilt and stand modes that Lenovo is driving home with the Yoga name. The hold mode is simply holding the Yoga tablet by the circular grip, this is easier to hold than some tablets thanks to a larger area to grip.

The large battery is there to offer a place to hold the Yoga Tablet.

Next up is the Stand mode which uses a kickstand that rolls off the back as the cylinder moves and allows users to place the Yoga 8 or Yoga 10 in landscape mode for watching movies, video calls or playing games. The kickstand supports angles between 110 and 135 degrees, to fit tables and desks of varying heights. 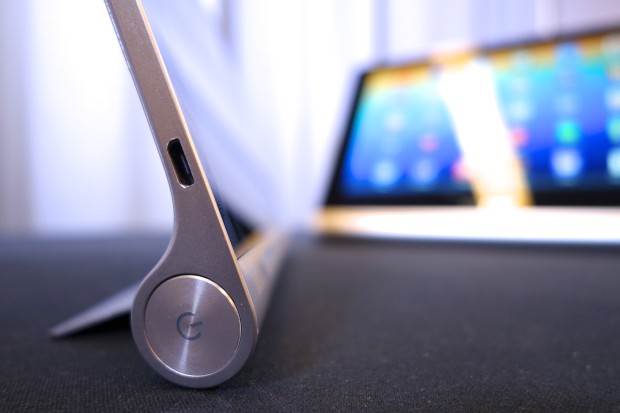 The stand mode uses the built-in Kickstand to hold the tablet upright.

Tilt mode uses the kickstand to prop the table up for typing or browsing the web on a lap. This is similar to the angle that an iPad Smart Cover props the iPad in.

Here is a quick look at the Yoga Tablet 8 and Yoga Tablet 10 modes and a rundown of the specs and features on these new tablets.

Both of the Yoga Tablets use a 1280 x 800 resolution display, which is lower than competitors like the Nexus 7, Nexus 10 and Kindle Fire HDX, but above the iPad mini that Apple sells for $299. 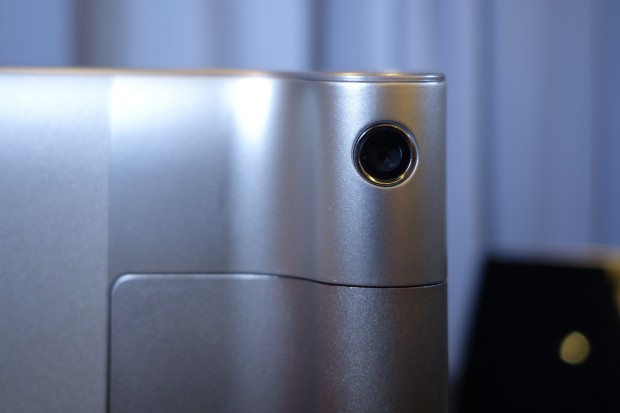 The tablets use a quad-core processor, comes with 1GB of RAM and 16GB of storage. Users can add additional storage with a Micro SD card in a slot that hides behind the kickstand.

The tablets feature front facing speakers with Dolby DS1 audio. There is a 5MP rear-facing camera and a 1.6Mp front-facing camera. The Lenovo Yoga 8 weighs .88 pounds and the Yoga Tablet 10 weighs 1.33 pounds. The tablet runs Android 4.2.2 with a Lenovo skin on top.

The tablet charges with a Micro USB port that supports USB On the Go, and is capable of charging a smartphone. The dual-battery will deliver 18 hours of battery life according to Lenovo, while the tablet is in reading mode.

Lenovo also sells a variety of Yoga Tablet 2 cases that protect the Yoga Tablet and wrap tightly around the battery portion of the device. 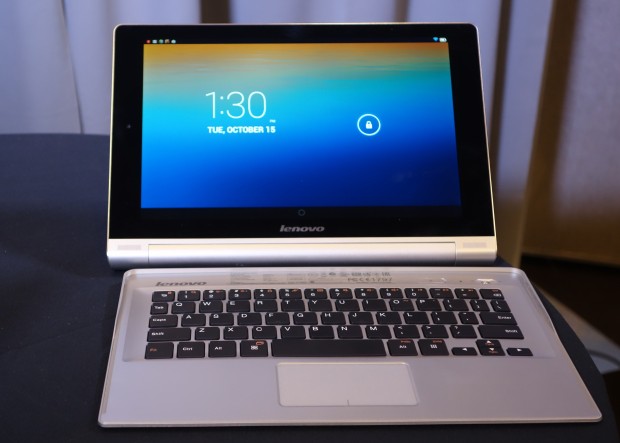 The Lenovo Yoga Tablet 8 is $249 and available at Best Buy and Lenovo starting October 30th. The Yoga Tablet 10 is $299 at Amazon, Best Buy, Newegg, Lenovo and other retailers. 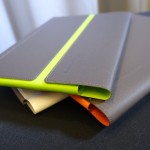 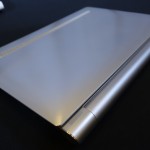 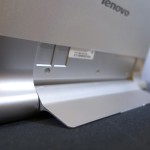