LG finally revealed a few of its Android 4.1 Jelly Bean update plans and it appears that the roll outs will start at some point in November.

The roll out months apply to the devices in Korea which means that those who might own one of these devices in other regions still don’t have any kind of a firm window to look at in regards to the updates.

This means that those living in other regions will likely have to wait a tad bit longer than the roll out dates in Korea. How much longer is a question that can only be answered by LG at this point. 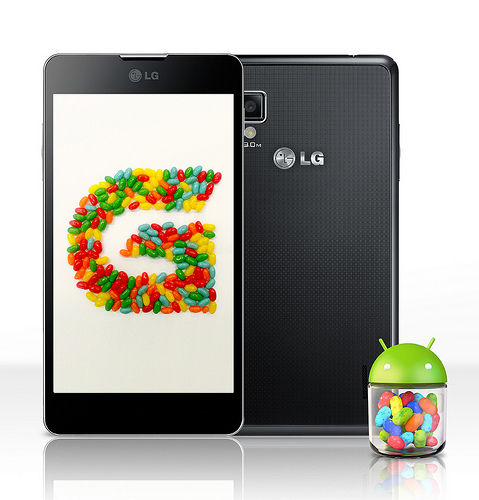 The LG Android 4.1 Jelly Bean updates will begin in November.

The updates will begin with the LG Optimus LTE 2’s Android 4.1 Jelly Bean update which will arrive at some point in November. Again, LG fails to disclose a specific date for the update’s roll out.

Next in line is the newly announced LG Optimus G which will be getting Android 4.1 Jelly Bean in December. The AT&T and Sprint models should see a bit of a longer wait for the update since U.S. carriers are often extremely slow in getting updates approved and rolled out.

The LG Optimus Vu and the LG Optimus Vu 2 will be getting their Android 4.1 updates in Q1 of next year. LG did not specify any launch months only saying that they would arrive in the first quarter which means anywhere from January to March.

Sadly, those are the only devices that are on the list of Android 4.1 Jelly Bean updates right now which means owners of other LG devices running Android 4.0 Ice Cream Sandwich are going to have to sit back and wait for the company to possibly disclose more Jelly Bean plans.