LG G-Slate to Come in Different Variations to Different Carriers 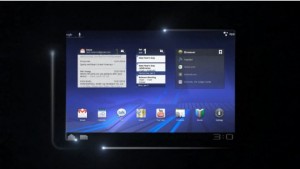 While T-Mobile USA has announced the G-Slate at the Consumer Electronics Show in Las Vegas a few weeks ago, its maker LG may have grander plans for the Android tablet that may have the G-Slate appearing on multiple carriers in multiple variations. In an interview with Pocket-lint, marketing and planning director James Choi was a bit elusive when it came to releasing additional information for launches outside America, but he did let it slip that future variations of the G-Slate are on the roadmap. Choi says, “That information isn’t available yet. The first announcement was for the Americas. We are planning another announcement pretty soon.”

When asked if a non-4G model would be making it out of the gates, Choi says
“For the iPad you have the Wi-Fi version, the 3G version, different kinds of versions. I’ll put it to you this way, even if the 4G version isn’t in the UK…” At that point in the interview with Pocket-lint, Choi was cut off by a PR rep who says that the company isn’t ready to reveal additional information at this time.

If true, LG may be positioning the G-Slate as a rival to the Galaxy Tab from rival Korean electronics-maker Samsung, which has scored big deals to offer the Galaxy Tab on a number of carriers worldwide. In addition, the company will also be releasing a WiFi-only version of the Galaxy Tab and a 4G version for Verizon Wireless’s LTE network in the coming months.

In the U.S., the G-Slate will have to compete against the Galaxy Tab and the Dell Streak 7 on T-Mobile’s network.

Given that Mobile World Congress is coming up in February, an international version of the LG G-Slate could potentially be announced there. Also, if different variants are coming to other U.S. carriers, an announcement at the wireless tradeshow, CTIA, could happen in March.