Today the LG G3 Android 5.0 Lollipop update inched closer to a release in the United States, as a newly leaked document has confirmed the updates release date for at least one carrier. Last week LG started teasing that is it “coming soon” for all users, something we’ve been waiting to hear for quite some time.

Last year LG announced its brand new flagship G3 smartphone. Offering one of the best overall devices in 2014 with top-tier specs, an impressive 5.5-inch Quad-HD display like the Nexus 6, and extremely small bezels making for a big screen but a small, pocketable and portable handset. It’s been enjoying Android 4.4 KitKat, but a big update is coming soon.

LG’s promise to deliver an LG G3 Android 5.0 update before the end of the year was met, but only for owners outside of the United States. In December it hit Korea, India, Poland, and parts of Europe, but today we learned the United States is up next. Read on for all the details. 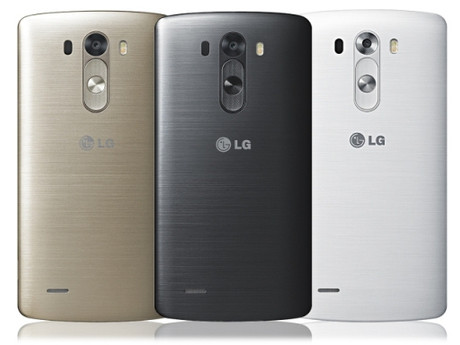 A few months back LG confirmed the LG G3 Android 5.0 Lollipop update is a work in progress, and users can expect it to arrive before the end of the year. As we mentioned above that deadline was met for multiple users, but all of those were smaller regions outside of the United States. Meaning those with an LG G3 on AT&T, Sprint, Verizon and others have still been patiently waiting for the upgrade.

Back in October Google announced three brand new Nexus products, including the Nexus 6 smartphone, and along with them debuted the brand new Android 5.0 Lollipop software update. Delivering a new look and feel to the Android operating system. With Android 5.0 Lollipop users get more features, an improved notification tray and lock screen, neat animations and effects, and a lively feeling operating system.

We’ve been hearing the update is coming soon for those here in the US, and today we finally have proof. A leaked image acquired by AndroidCentral is claiming the LG G3 Android 5.0 Lollipop update will officially start on February 16th with Sprint. This doesn’t mean that’s the first carrier to get it, as we could see AT&T or others release it sooner, but that’s the date the Sprint LG G3 will begin getting the update to Android 5.0.1 Lollipop.

As you can see from the image above, the leak also confirms the HTC One (M7) Android 5.0 update, which started today just as the leak states. It then proceeds to reveal the HTC One M8 update is starting on Friday the 13th, and then Sprint will move on and start sending the highly anticipated update out to the LG G3.

It’s worth noting that these date are subject to change, like with any release schedule, but with the other two dates being accurate and rolling out today it’s highly possible that we’ll see updates start on the dates listed above.

Currently the LG G3 is available in the United States from AT&T, T-Mobile, Sprint, Verizon and even US Cellular, as well as some smaller regional and pre-paid options. And while we can’t expect them all to get it at once, the updates should start arriving at a fast pace. Sprint may be the first to updates, or another carrier could beat them to the punch, we’ll have to wait and see.

This does mean however, that those with an LG G3 on any of the major carriers in the United States can look forward to a notification in their pulldown bar soon instructing them to download and install the new Android 5.0 Lollipop update. Once it starts arriving we can expect other carriers to follow and do the same. Sit tight, as the LG G3 Android 5.0 update should be here soon enough.