Over the past few months multiple reports and rumors have surfaced about the upcoming new LG G5 smartphone. From an all aluminum design to take on the Galaxy S7, an early release date and more, but today an image leaked giving potential buyers a good idea of what to expect.

In November the first quick LG G5 rumors emerged, then in December we learned a lot about the upcoming phone and how it plans to compete with Apple, Samsung and others. That of course is the G5’s design, three cameras and two screens.

Last week we learned that there is a good chance the impressive new LG G5 will be announced on February 21st at Mobile World Congress, along with Samsung’s Galaxy S7, and not later in the year like all other LG G phones from the past. Today though, we have an image to go along with those reports. Read on for more details and the wire diagram image below. 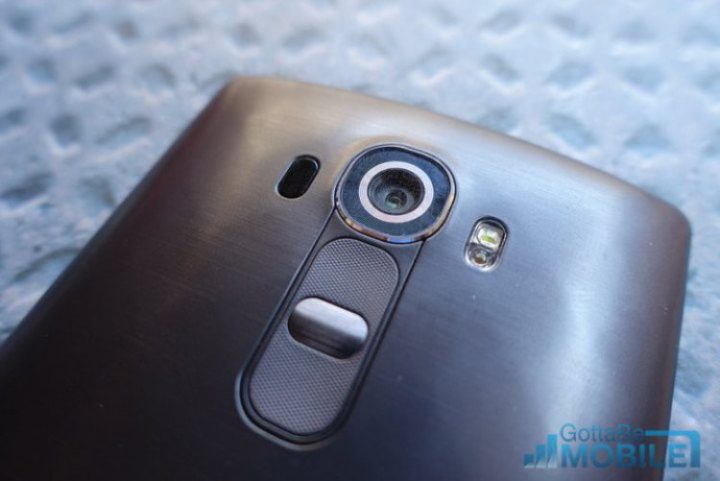 Today AndroidAuthority received an image that’s reportedly a final design diagram of the upcoming flagship smartphone. It gives us a clear look at some of the recently reported rumors of a redesign, a metal frame, dual cameras on the back. And even the buttons returning to the sides of the device to make room for the fingerprint scanner, rather than being on back like the last few LG G smartphones.

Below is the most recent leak, which arrived today. However, it’s worth noting this image doesn’t show some of the other details we’ve heard as of late regarding LG’s new flagship phone. That being a modular “magic slot” around back that slides down and out, allowing users to replace the battery, add a micro-SD card, snap in an action camera and more. There are still a lot of mysteries around the LG G5, but this image helps paint a better picture. 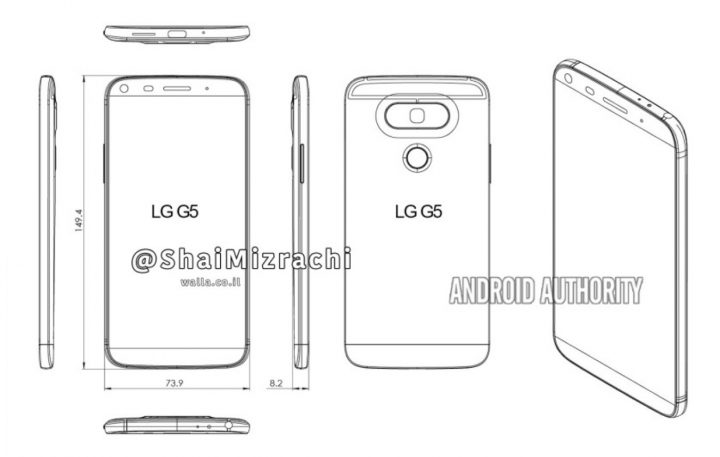 The leak also reveals the device’s dimensions of 149.4 x 73.9 x 8.2mm, which is slightly taller than the G4 from 2015, but also thinner at the same time. Meaning the phone will be thinner, more powerful, have more features and a better design.

Last week VentureBeat and the famed leakster @evleaks shared a lot of details about the LG G5. And while we don’t know everything yet, we have a pretty good idea of what to expect. LG will announce it on February 21st, and most likely release it around the end of March or early April. Earlier than prior phones, but still behind the Galaxy S7 and what’s next from HTC.

With that in mind, here’s a list of specs based off what we’ve heard thus far. The LG G5 will have a few changes to the screen that will make the main display smaller, but there’s actually two screens. The phone may be taller, thinner, feature the same 3,000 mAh battery but pack dual cameras on the back, a metal frame, fingerprint scanner and more. Here’s the full breakdown based on rumors.

As you can see the LG G5 is shaping up to be an excellent flagship smartphone. One that can take on the Galaxy S7, iPhone 7, Moto X 4th Gen and anything else that is released in 2016.

A report last week suggested the G4 release was delayed in an effort to be released separate from the Galaxy S6, in fear of it cannibalizing sales. This year LG isn’t afraid, and in fact aims to take Samsung head-on. While that could mean an extremely early release date, most LG phones are released over a month after being announced.

LG sent out invitations for an event on February 21st, the day before Mobile World Congress in Spain. This is the date we’re expecting the G5 to be announced, but it’s the same day the Galaxy S7 will be unveiled and more. Mark it down on the calendar, because it will be an exciting day full of new smartphones for Android buyers.