It looks like after what appears to be a successful Nexus 4 partnership, hardware-maker LG will once again partner up with the Android OS-maker to deliver two new Nexus products, the Nexus 5 smartphone and a Nexus 7.7 tablet.

The LG-made Nexus 5 is rumored to debut with a 5-inch display, and not the 5.5-inch full HD panel that LG’s been rumored to sport on its new Optimus G2 phone arriving sometime this year. The Nexus 5, like the HTC Droid DNA, would have a full 1080p HD panel on its 5-inch display. The phone would use NVIDIA’s Tegra 4 processor and have 2 GB of RAM and a 13-megapixel camera. It’s unclear if this camera module is the same 13-megapixel sensor that’s found on the international and Sprint version of the current Optimus G, or if it’s a newer Sony Exmor sensor that will debut on the Sony Xperia Z smartphone. Like today’s Nexus 4, the Nexus 5’s 8 GB model is said to debut at $299, making it an affordable option given that it requires no contract or carrier subsidies. 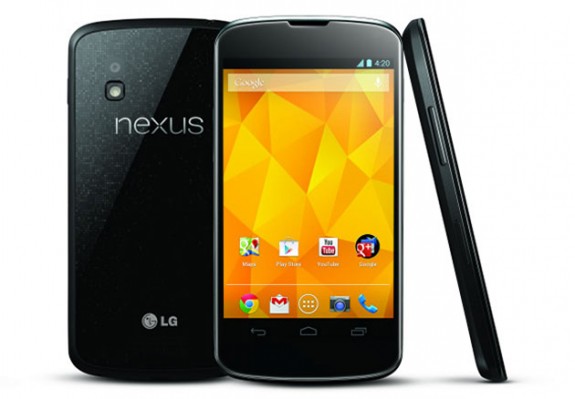 Additionally, it looks like LG may have won the tablet bid with the next generation of Nexus tablets, replacing Asus on the current Nexus 7 with a Nexus 7.7 model. The Nexus 7.7 will have a high resolution 1920 X 1200-pixel display with a 294 ppi, according to Phone Arena. With a 7.7-inch panel the Nexus tablet will be inching closer to Apple’s heavily marketed iPad mini with a 7.9-inch display. The Nexus 7.7 will use the Tegra 4 CPU from NVIDIA and will start with 8 GB of storage. The slate will also have front-facing and rear-facing cameras, though the exact specs are unknown.

Google is expected to host its developer-focused Google I/O conference in May, and the venue will likely debut these two new hardware models alongside a new version of Android known as Android Key Lime Pie, which may get the Android 5.0 version number.

If in fact early development of Key Lime Pie was centered around the NVIDIA Tegra 4 chipset, as the new Nexus 5 and Nexus 7.7 suggest, it would be a huge win for NVIDIA as the last time its chipset was the center of Google’s Android development was on the Motorola Xoom, which used the Tegra 2 dual-core CPU.

LG has announced its aggressive turnaround plan to be more competitive in the phone market with plans to ship 75 million phones, of which 45 million will be smartphones. Its partnership with Google for the Nexus 4 had helped to increase the visibility of LG as a phone-maker and the continued partnership will likely help to benefit LG.