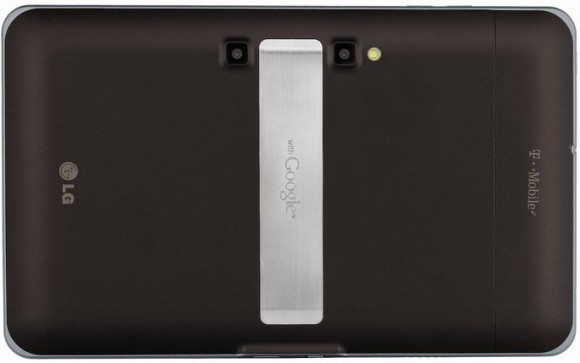 In a recent video for LG, the 3D capabilities of the LG G-Slate for T-Mobile USA were shown off with the dual cameras on the back. The video also highlights some of the other features of the device, including some of the new features of the Android 3.0 Honeycomb operating system.

The LG G-Slate will be positioned as a competitor to the Motorola Xoom on Verizon’s network. The G-Slate will utilize HSPA+ as the 4G protocol on T-Mobile’s network while the Xoom will be upgraded to LTE 4G in the future for Verizon’s network. Both devices sport a dual-core Tegra 2 CPU and come with Android 3.0, which is designed from the ground up for tablets. The G-Slate bests the Xoom in having 3D features. The tablet can shoot videos in 3D with the dual rear-facing camera.

Additionally, both tablets have a 10.1-inch display.