It looks like Google and LG will launch the rumored LG Optimus Nexus or Optimus G Nexus on a date in October rather than in November, as was rumored to be the case.

CNET is saying that it has confirmed an October launch date for the LG-made Nexus smartphone and that the phone will be announced at some point at the end of the month.

It’s unclear if Google and LG will host their own event or if Andy Rubin will announce the phone at the All Things D: Dive Into Mobile event on October 29th-30th where he will be one of the speakers. 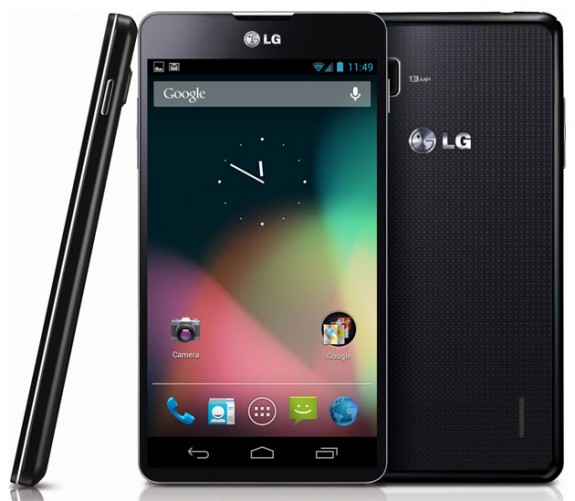 The LG Nexus appears to be the real deal.

The device still doesn’t have a name at this point though as Google and LG still are debating what to call it. The phone has been referred to as both the LG Optimus Nexus and the LG Optimus G Nexus but it’s unclear if either of those will stick. Previously, the Galaxy Nexus stole the Galaxy name from Samsung’s line of phones so it wouldn’t be shocking to see Optimus, which is LG’s big brand name, fall into the final name.

The device will again, be based on the LG Optimus G, a device that was announced for both AT&T and Sprint earlier this week. The design of the phones is said to be different but it appears that it will keep some of the same hardware specifications.

It appears that LG may not be the only manufacturer involved with the Nexus program this time around. Previously, Google released one Nexus made by one manufacturer. Now, it appears that there could be multiple Nexus smartphones to choose from.

HTC, Samsung and Sony have been rumored to be making Nexus smartphones with the Galaxy Nexus 2 popping up several times thus far. However, the LG Optimus Nexus is the only one that has seemingly confirmed to be a part of the announcement.

Google’s yearly Nexus devices are used to build up developer support but are also attractive to consumers as well as they come without manufacturer UI’s over Android and also feature unlockable bootloaders for customization.