We have heard that LG would be announcing a version of the Optimus LTE for the United States called the LG Nitro HD and it appears that the company is going to be doing just that as it has announced that it will be hosting an exclusive launch event on December 1st and the guest of honor is almost assuredly going to be the Nitro HD, a device rumored to be heading to AT&T’s 4G LTE network.

Of course, the invite doesn’t mention anything about the Nitro HD but LG was kind enough to give the invite an interesting file name: LG Nitro. So, it’s pretty much a guarantee that this is what we’ll see in just a few days. 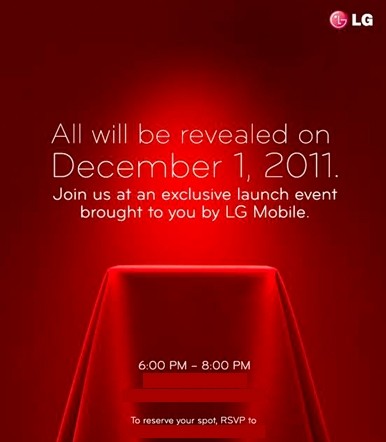 Pretty much par for the course right now.

So, it looks like you’re going to have yet another 4G LTE phone on your radar this holiday season.