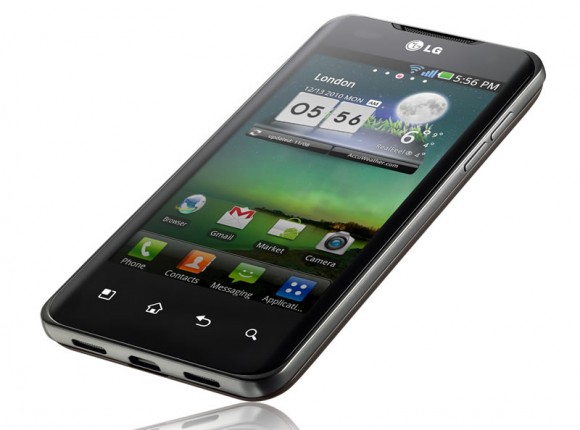 The dual-core Tegra 2-powered Optimus 2X, previously leaked as the LG Star, is now bound for Europe with a January 2011 launch date according to the company. The phone is speculated to arrive Stateside on T-Mobile USA’s network this March, but that information was not confirmed and at this time is only a rumor.

As one of the earlier phones with a dual-core processor from NVIDIA, the LG Optimus 2X represents a serious contender to challenge the iPhone 4 and Korean rival Samsung’s Galaxy S series of smartphones, which has done relatively well in terms of sales number. Moreover, while LG has had success in its mid-range lineup with the Optimus One Android smartphone–a budget offering that has appeared on T-Mobile USA and Sprint–the LG Optimus 2X will represent the company’s first high-end Android smartphone.

Like Samsung’s Galaxy S, LG’s proprietary and custom user interface, referred to as the S Class UI, is similar in looks to Samsung’s TouchWiz UI on top of the Android operating system. The LG Optimus 2X has been shown in pictures to sport LG’s UI overlay.