The quad-core Tegra3-powered LG Optimus 4X HD smartphone may be debuting as early as May in India, though it’s still unclear when the phone will arrive in the U.S. The LG flagship smartphone features a quad-core processor, 4.7-inch 720p HD display, and a slim profile. The phone is expected to arrive in June in the UK. Other LG smartphones, such as the 5-inch 4:3 aspect ratio Optimus Vu and the Optimus 3D Max will debut shortly after the launch of the Optimus 4X HD.

The Optimus 4X HD is one of several new quad-core smartphones that were launched late last month at Mobile World Congress. The device is very similar to the HTC One X, including the screen size, though the One X will shed its quad-core processor in favor of an impressive dual-core Snapdragon S4 CPU from Qualcomm when that smartphone arrives on AT&T. 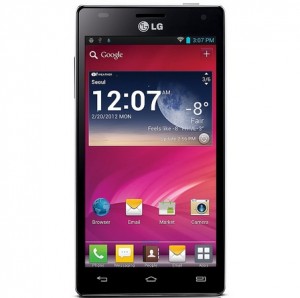 Thus far, no U.S. carrier has formally announced support for the Optimus 4X HD at this time, though T-Mobile USA did carry the previous generation LG G2X smartphone with a dual-core processor.

Along with the HTC One X, the LG Optimus 4X HD will be among the first smartphones with a quad-core processor to hit the market. Both phones will utilize NVIDIA’s Tegra 3 CPU. Huawei is also in the race for quad-core supremacy with its own quad-core CPU known as the K3V2 found inside the Ascend D quad smartphone series.

Pricing information is not yet available for the India launch of the LG Optimus 4X HD and LG has not made an official announcement regarding availability yet.