Virgin Mobile has announced its first NFC-powered device, the LG Optimus Elite, which will be headed to the carrier in mid-May.

The LG Optimus Elite is going to be Virgin Mobile’s first device that features Near-Field Communication abilities which means it will be the first device in Virgin’s lineup that is compatible with services like Google Wallet, Google’s mobile payment platform.

This will allow users to tap their Optimus Elite to pay for goods at locations where Google Wallet is available. 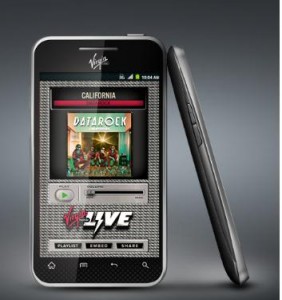 Additionally, the LG Optimus Elite will feature Android 2.3 Gingerbread, a 3.5-inch touchscreen, an 800MHz processor, and a 5 mega-pixel rear facing camera. It will also have access to the Google Play Store for applications.

Clearly, this phone is not going to appeal to hardware buffs or those that want Android 4.0 Ice Cream Sandwich out of the box, but along with NFC, it has a price that should appeal to some folks.

Virgin Mobile offers its phones off-contract and the LG Optimus Elite will be priced at a mere $149.99. Again, that price is off-contract. Customers can then pair the device with Virgin’s Beyond Talk unlimited data and messaging plans starting at $35 per month.

Of course, Virgin doesn’t offer pure unlimited data as this year, it started throttling the data of those going over a 2.5GB data threshold. Those who exceed that cap will see data slowed to a 256Kbps crawl.

The carrier has put the phone up for pre-order today and it expects the device to start shipping out on May 15th.