We’re pretty certain that the LG Optimus LTE, aka the LG LU6200, figures to be one of, if not the next flagship device from the Korean manufacturer and while details and a release date are still merely rumor, that hasn’t stopped us from getting a couple of looks at what LG is cooking up. What you see here are a couple of photos courtesy of Cetizen that clearly show off the phones form factor and Android roots.

The device is rumored to be a device that sports a 4.5-inch AH-IPS LCD with HD resolution, yes, it’s probably the HD Android that LG confirmed it was working on, and it’s also likely going to come with a dual-core 1.5GHz  processor, massive 1830mAh battery, Android 2.3.5 Gingerbread, 8MP rear camera, 1.3MP front-facing camera, 1GB of RAM, and DLNA support. 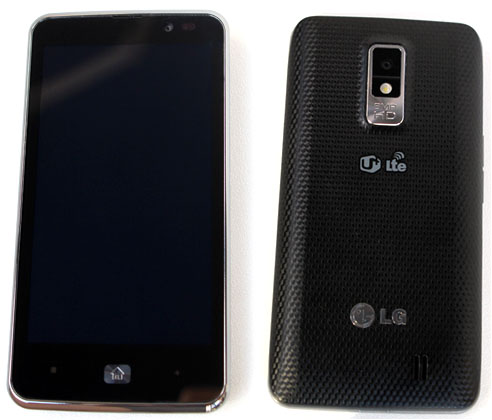 It’ll also have an LTE capable radio. In other words, this is a phone that you want to keep your eyes on.

Now, we’re pretty sure that it will be launching in Korea at some point in the near future but plans for a launch in the United States are elsewhere remain shrouded in mystery. 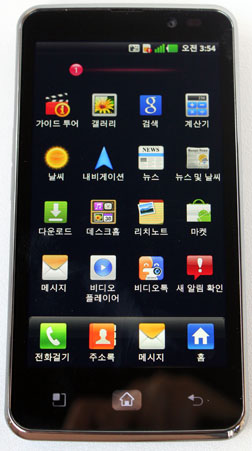 We would imagine that LG probably plans to bring this to either AT&T or Verizon’s 4G LTE network, possibly as the LG Revolution 2, and we hope that it makes the announcement sooner rather than later because this is one good looking device.