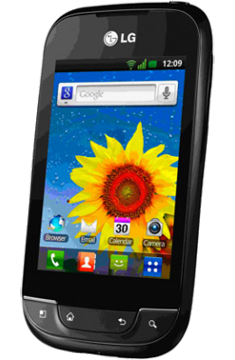 Following the launch of its highly successful Optimus One–which is available as various varients on all four major U.S. carriers as a very capable and affordable Android smartphone–LG is now launching the Optimus Net, which is seen as the successor to the One.

The device will most likely be targeted at the mid-range to entry level segment, and will carry a 3.2-inch HVGA resolution display, a 3.2-megapixel camera, and HSPA and WiFi connectivity. Up from the Optimus One is a Qualcomm CPU clocked at 800 MHz compared to last year’s 600 MHz chip, and Android 2.3 will be pre-loaded out of the box.

Given that the 600 MHz processor was extremely fast and functional on the LG Optimus One, we’ll expect comparably zippy performance on the Optimus Net given the faster chipset along with Gingerbread’s speed improvements.

The device will be launching in Europe 199 euro unlocked. It’s unclear if LG will be able to score a second coup in getting this budget Android handset on every major U.S. carrier again, but if it does, this will be an excellent entry-level handset or a very capable one for users who don’t need all the extra frills.