While there are speculations that LG may announce the Optimus G Pro, a smartphone with a 5.5-inch display, for the U.S. market with a New York announcement at the beginning of May, the company’s more modestly sized Optimus G will see a successor in the third quarter. The Optimus G originally featured a 4.7-inch IPS display with a 1280 X 768-pixel resolution and is seen as a close cousin to the LG Nexus 4 that’s offered by Google.

According to Engadget, there isn’t much details about the device right now, except for a vague comment from LG’s head of mobile marketing Won Kim in Seoul, Korea.

The device is described as “something different and something unique.” 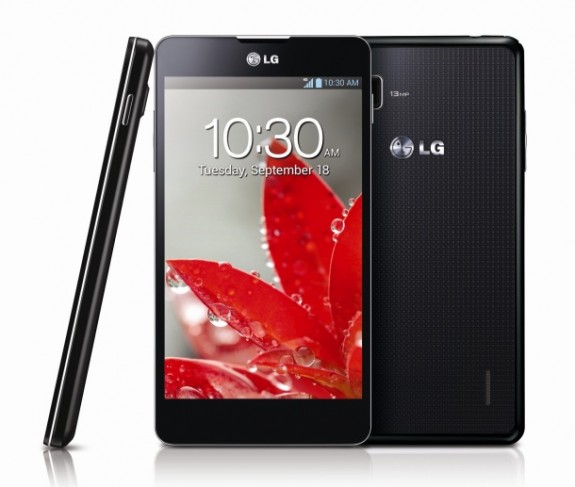 However, given speculations that LG may move to a 5-inch display for the successor to the original Optimus G, it seems like that’s the trend. Samsung is migrating its 4.8-inch Galaxy S3 720p HD display to a 5-inch 1080p full HD display on the Galaxy S4, and likely LG may adopt the higher resolution screen as well to keep pace with flagships from HTC, Samsung, Sony, and others.

The Q3 launch timing of the Optimus G successor may suggest that LG may be waiting for the Qualcomm Snapdragon 800 CPU to be available. The CPU will feature always-on voice capabilities so the device will automatically wake up when you’re talking to it, like performing a voice search via Google Now. The CPU will also deliver up to 75 percent improved performance when compared to the current Snapdragon S4 Pro found on the LG Optimus G that’s currently offered on Sprint and AT&T in the U.S. market.

It’s unclear what carriers, if any, in the U.S. will offer the second-generation Optimus G at this point. The original Optimus G was carried by AT&T Mobility and Sprint Nextel.

Given the Optimus G Pro has a larger screen, that device will likely compete against the Samsung Galaxy Note phablet whereas the smaller display of the Optimus G will go head-to-head with the Galaxy S4.