It looks like AT&T’s first 3D smartphone, the LG Thrill 4G, is finally ready to make an appearance on Ma Bell’s network after the device was spotted passing through the FCC today. 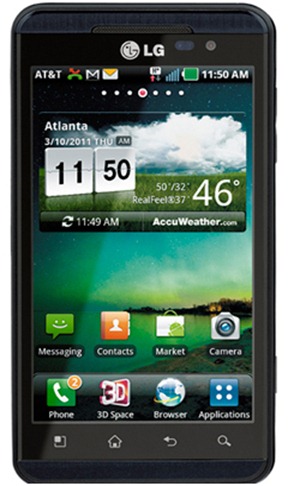 If you recall, the Thrill 4G was first announced by the carrier back in March and both LG and AT&T failed to elaborate on a possible price tag or release date for the dual-core smartphone. However, now that it has passed the FCC, both companies should be coughing up the goods in the near future.

For those that have forgotten, the LG Thrill 4G is a glasses-free 3D smartphone that has some pretty nice features attached to it. Its display is going to check in at 4.3-inches and will be powered by a 1GHz dual-core processor. It will also have 8GB of onboard memory, an 8GB microSD card, dual 5-megapixel stereoscopic cameras for 3D purposes, HDMI out, DLNA streaming, and a special 3D store called LG 3D Space.

Not bad but it will definitely have some competition now that the Motorola Atrix 4G’s price has dropped down to $100.