Apple partner LG may soon challenge the company’s rumored iPad mini with Retina Display that is widely believed to be coming this fall with its own 8.3-inch G Pad tablet featuring a high resolution display and quad-core graphics. Choosing to go with an 8-inch tablet model may alow LG to command more premium pricing as there is now a downward pricing trend for 7-inch slates thanks to more affordable $199 models from Amazon and the recently unveiled $229 Nexus 7 from Google. The 8-inch market is largely occupied recently by Apple’s iPad mini, the Samsung Galaxy Note 8.0, and the Samsung Galaxy Tab 8.0.

A report on Greek blog TechBlog suggests that the 8.3-inch LG G Pad will have the same 1920 X 1200-pixel resolution display as the Asus-made Google Nexus 7 tablet. The device will also feature the same slim side bezels as the Nexus 7, Galaxy Tab 8.0, and the iPad mini.

The backside of the tablet is said to be made of aluminum to give the slate a premium feel, something that is embodied by Apple but is missing on recent tablets introduced from Google and Samsung.

Additionally a quad-core processor and 2 GB of RAM are said to be on tap for the G Pad, which could debut as early as next month at the Berlin-based IFA show. 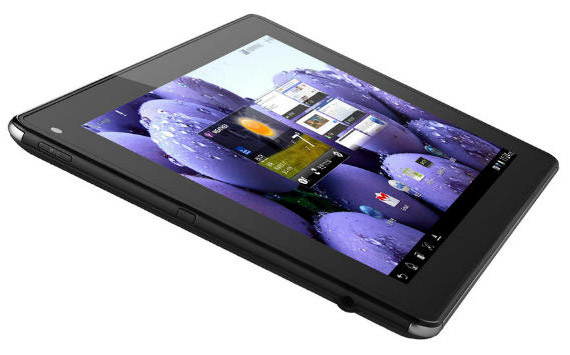 One of the key features with the larger 8-inch display is that it’s still portable. According to Phone Arena, the tablet’s portability is highlighted by the fact that it is still thin and slim enough to fit into the back pocket of pants.

And lastly, while the 8-inch form factor may scream tablet, the device may still think it’s a phone. Though not quite a phone, the tablet does allow users to make voice calls, though likely the voice calling feature may be stripped from the device if the G Pad arrives in the U.S. Various tablets have offered this ability in the past, but U.S. carriers have not supported voice calling on a tablet when these slates arrive in the States with 3G or 4G capabilities.

LG’s most recent tablet introduction was nearly two years ago with the LG Optimus Pad. Most recently, company executives have hinted that the company would be returning to the tablet market before the year is over, giving an IFA introduction some credibility.