Furthering speculations of a smaller iPad, Korea Times is reporting that Apple is in talks with LG Display to produce screens for a 7-inch version of the popular 10-inch slate. Currently, both the iPad 1 and iPad 2 are only available in a 9.7-inch form factor, and the Korea Times is reporting that the screen being developed would accomodate a 7.35-inch tablet form factor. Additionally, LD Display is also being asked to produce screens for a forthcoming iPhone 5. 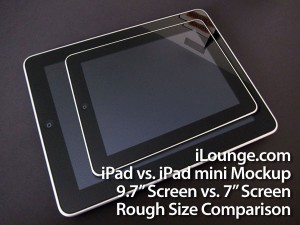 If true, the 7-inch iPad, which has been long rumored and hoped for by many, would help Apple compete in the smaller and portable form factor tablets, a space that’s soon to be dominated by an inexpensive Kindle Fire and popularized by Samsung, which comes with a dual-core 1 GHz processor made by Texas Instruments, but comes with certain compromises to help keep prices down at a staggering $199 price point at launch.

A meeting between Apple and LG Display is reportedly due to take place in the next few days and one of the topics of conversation will be Apple’s plans to introduce a 7.35in tablet.

Korea Times is reporting that the display contract may be worth $1.1 billion. The deal would be for the long-term and LG would be producing screens for Apple for 2012 through 2016.

The current base price for the iPad is $500, which is the WiFi-only model with 16 GB of on-board, non-expandable storage. Expanding the iPad with a 7-inch slate would help the mobile tablet family not only target more users interested in the smaller form factor, but could also help Apple offer the smaller tablet model for a lower price to be competitive.

A recent Retrevo survey about the 7-inch Amazon Kindle Fire tablet shows that potential tablet owners are price sensitive. Of those interested in a tablet purchase, 44 percent say they would choose the Kindle Fire over an iPad 2 for this holiday shopping season with another 44 percent saying that they needed to know more about the Amazon tablet before considering the purchase. Only 12 percent of those surveyed say they’d stick solidly with an iPad 2. 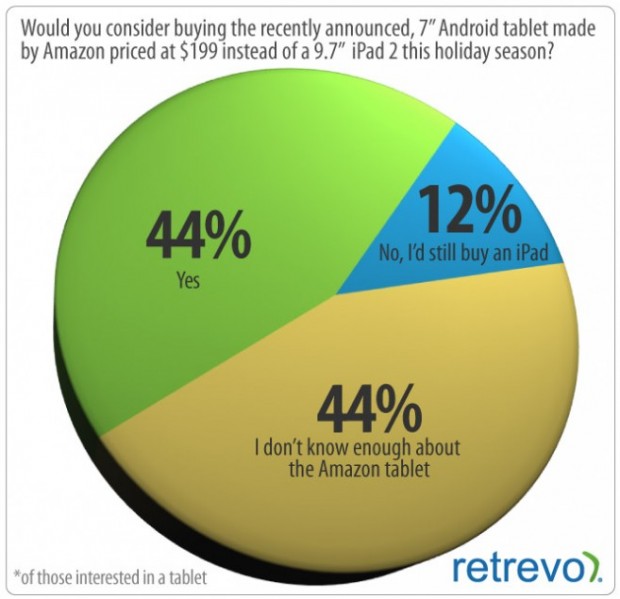 With Apple’s iOS ecosystem and tight hardware-software integration, Apple also has a retail advantage over its Amazon rival as Amazon doesn’t have retail stores. However, Amazon will be relying on channel partners, such as Best Buy, to bring the tablets to consumers and provide a space where consumers could play with and experience the Kindle Fire before making the purchasing decision.

In terms of the iPhone 5, the Korean publication says that Apple is looking at a 4-inch display of the same 960 X 540 resolution. Given that the display is moving to a larger 4-inch size and maintaining the same pixel count, the effective pixel density would be lower than today’s 3.5-inch Retina Display of the same 960 X 540 pixels. Additionally, as Android rivals are releasing non-PenTile-based 720p HD displays, like those from HTC and LG, Android handsets will begin to overtake the iPhone as being the most pixel dense.