Earlier this month LG announced a brand new high-end flagship smartphone to replace the relatively new LG G4. It’s called the LG V10, and comes with a huge 5.7-inch display, a second display, three cameras, a fingerprint scanner and more. It’s one impressive smartphone, and today we learned it will be available on AT&T and T-Mobile this week, along with some extremely impressive deals at the same time.

The LG V10 is basically a smartphone with a little of everything. The company packed so much technology into this phone it’s actually pretty impressive, and it will be available starting tomorrow from AT&T for just $249 with a new contract. Below are a few more details, the release date from other carriers, an amazing free 200GB micro-SD card deal and more for those interested.

Read: LG V10 Release: What You Need to Know

With the new iPhone 6s, Google’s two new Nexus smartphones and more, LG needed another smartphone that had more to offer than the LG G4 and its genuine leather back. The LG V10 is exactly that, and here’s what you need to know about it, and when you can get one. 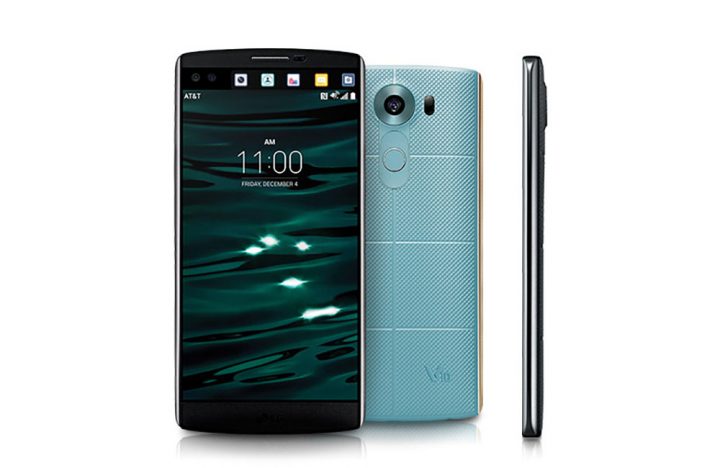 The LG V10 is an odd smartphone, but one that instantly caught the attention of many potential buyers due to all the features and options packed inside of it. The phone has two displays, three cameras, a fingerprint scanner, a micro-SD slot, and is just a very unique device. For those that already know all about it, here’s when you can get one. If you’ve never heard of the stunning LG V10, read on for more details.

Starting tomorrow, October 27th, the LG V10 will be available from AT&T for $249 with a new 2-year contract. Wednesday the 28th it will hit T-Mobile’s online store, and then be available in retail stores around the country by the end of the week.

AT&T will have the Black or Opal Blue color variants for $249 on a 2-year contract. Then of course monthly payments using AT&T Next plans, buyers can get this new phone for as low as $23.34 per month.

It’s available from T-Mobile for $0 with $25 monthly payments through T-Mobile JUMP!, which makes the phone just $599 after you’ve made all the payments. LG is asking $699 for the phone outright, making the T-Mobile option a good route, as it’s $100 less than retail after spending $25 a month for 24 months.

As you can see above, the LG V10 has a lot to offer, which is why there’s so much excitement around it. The phone sports a big 5.7-inch Quad-HD display, then a secondary display above it for quick notifications, favorite apps, and to multi-task and do certain things without leaving an app or closing what’s already on your screen.

Then it has dual front 5mp cameras for excellent selfie photos, an excellent 16 megapixel rear camera, Android 5.1.1 Lollipop with a promise of Android 6.0 soon, and much more. Then as expected, it has a removable 3,000 mAh battery and a micro-SD slot for users to expand storage. This, is where the deals come in.

Just like with the LG G4 earlier this year, LG is taking a direct shot at Samsung who removed micro-SD cards from its phones, by selling its new devices with free micro-SD cards for buyers.

Those who get the new LG V10 from AT&T or T-Mobile will get a free 200 GB micro-SD card, which as you all know, are not cheap. Essentially making this a pretty cheap phone, because 200 GB micro-SD cards are pretty expensive. That isn’t all either. LG is giving buyers a free 200GB micro-SD card, a second spare 3,000 mAh battery, and a charging dock so that battery will always be full whenever users need to swap it out. 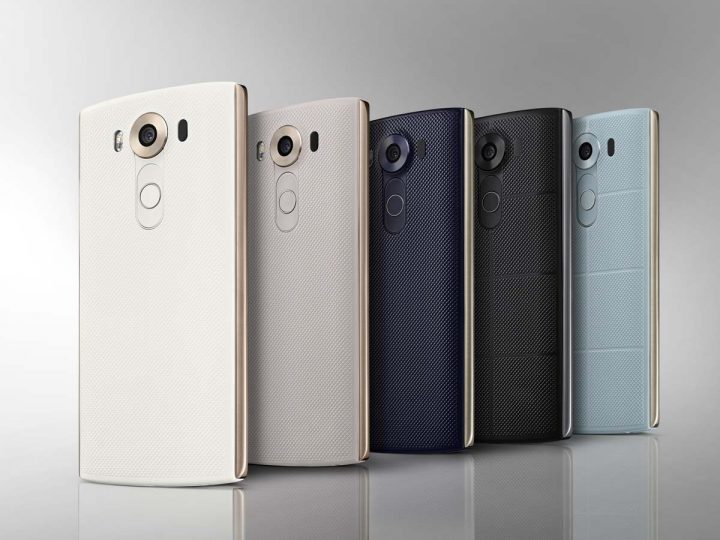 Then, as we mentioned above, those who buy it on T-Mobile Jump will save $100 off the MSRP by making monthly payments and are still eligible for the free 200 GB micro-SD card and battery promotion.

For now we know the LG V10 is coming to other carriers in the United States, but for now the only two that have made announcements is T-Mobile and AT&T. This same deal will be available for those who buy it on Verizon Wireless, whenever they release this stunning new smartphone.

Stay tuned for more details, and we’ll be getting one in for review soon to test out that second screen, new design with the re-enforced steel frame, and much much more.