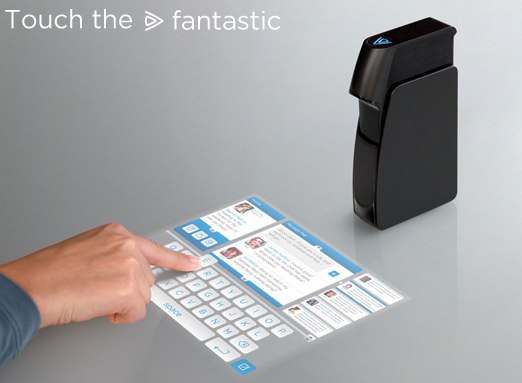 This Light Touch Pico Projector from Light Blue Optics also has my interest and I’m guessing the folks behind Microsoft’s Surface Table are a little nervous about it as well on some levels. Basically it’s a laser projector that projects an image onto any surface that then becomes a 10 inch touch surface. Yep, the early concept pics and demos focus on business meetings and using it in restaurants for menus and such. I’m sure there are many uses for this kind of device, and frankly, it would just be darn cool to sit down and play with.

More on this from Gizmodo, Engadget and Switched.

Video after the jump.