These days our smartphones are getting bigger and faster with huge screens and 8-core processors, all while the battery technology isn’t going anywhere and more manufactures are making the battery non-removable inside our phones. As a result, users will want a portable battery, and they’re a dime a dozen at online retailers like Amazon.

A portable battery charger is perfect for those who need more power but don’t want a bulky battery case or want to always be tethered to a wall trying to charge a smartphone, tablet, or other micro-USB devices. We’ve been going over them a lot lately, and the Limefuel Lite is the latest charger I’ve been carrying around to recharge my Galaxy S6 and Nexus 9 while I’m on the go. 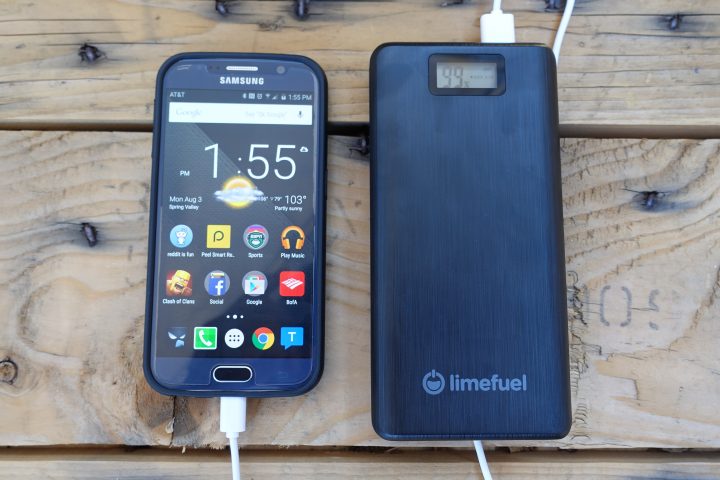 It’s a concept or product that many smartphone or tablet owners still don’t understand, and I get asked all the time, “what’s that you’re charging your phone with?” And the answer is a portable battery.

A portable battery charger is exactly what it sounds like. A device usually similar in size (or slightly bigger) than a smartphone, filled with nothing but a huge battery. These typically have USB ports to plug in the cable included with your phone to charge it at any time, and some even have the cables built-in for convenience.

Samsung’s Galaxy S6 has a beautiful Quad-HD display, a powerful 8-core processor but only a 2,550 mAh battery inside. One that can’t be removed or replaced. As a result users are running out of battery before the day is over, and don’t always have access to a wall outlet. This is where the Limefuel portable battery comes into play. It has a 20,000 mAh battery inside, which should technically be enough to fully charge the Galaxy S6 and its 2,550 mAh battery nearly seven times. That would be about 17,000 mAh worth. 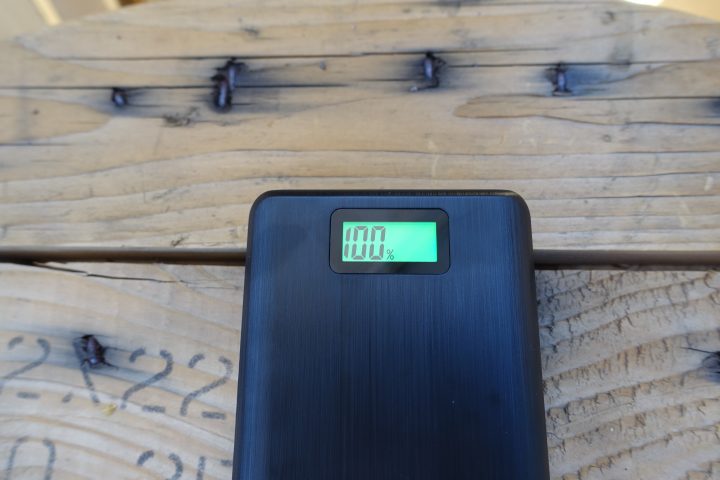 Limefuel’s latest portable chargers have two outputs to charge more than one device at a time, a sleek design that’s about the same size as a smartphone, but twice as thick and nearly twice as heavy. The Limefuel Lite I’ve been using has two USB outputs to charge devices, and a built-in flashlight. As shown below, one USB port is a high output 2.1a port for charging tablets and smartphones, and the second port is a slower 1amp port. This won’t charge your phone as fast, but is perfect for smaller devices like a bluetooth headset, portable speakers, vapors or e-cigarette’s and more. 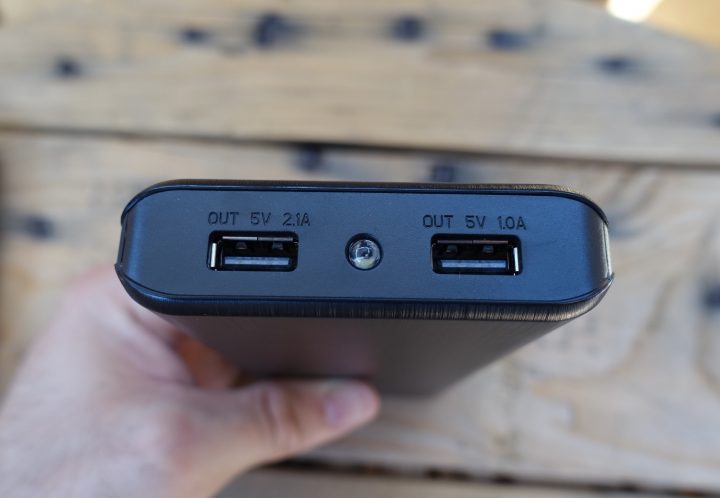 You’ll notice a large LCD screen on the front that displays the output and remaining battery percentage. This lets you know how much battery is remaining in your portable charger, and also is an indicator while charging so you know its full. Most chargers just have 4-5 LED lights for battery levels, so it’s nice to have a more accurate percentage. That said, it doesn’t seem 100% accurate.

I’ll often go from 100% to 78% in a matter of minutes, which is technically well over 4,000 mAh of battery, yet my Galaxy S6 isn’t charged to 100% yet. Which means it either isn’t accurate, or the battery isn’t very good quality inside. That said, the Galaxy S6 will then go all the way to 100% charged and the Limefuel is around 74%.

However, after the first 30% or so the Limefuel charger appears to be extremely accurate, and will slowly drop in percentage and battery levels as I charge up my Galaxy S6 or spare Nexus 6 over and over, or even my Nexus 9 tablet. I recently took the LimeFuel Lite camping and was able to fully charge my Nexus 9 tablet twice. At the same time, it has a built-in flash light (tap the power button twice) which was perfect for a quick light while searching for charging cords, or having extra light in the tent. 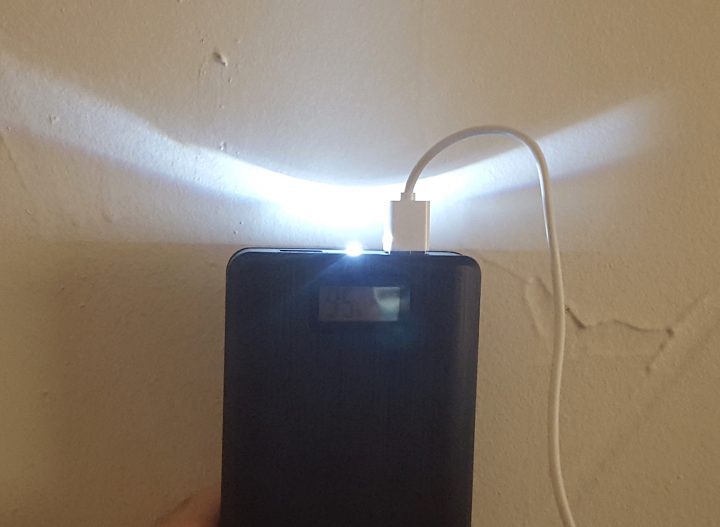 The Limefuel Lite is very well made, durable, but somewhat heavy. At the same time it’s packing a huge 20,000 mAh battery inside, so the weight is somewhat expected. The 2.1a output charges smartphones and tablets at the fastest charging rates possible, but it doesn’t have the latest Quick Charge 2.0 technology built in. That said, I can charge my Galaxy S6 in under 2 hours with this charger.

My only real complaint with this charger is charging the actual unit itself. The Limefuel has a huge 20,000 mAh battery and it takes nearly 8-9 hours on a wall charger to fully charge. It uses micro-USB (just like all Android smartphones and tablets) to charge, which is somewhat slow. This makes it convenient as it charges with the same wall outlet and cord as all other devices, it just takes forever. Some bigger chargers like this have a proprietary connector to recharge faster, but then it isn’t nearly as convenient. This is all up to the end user though, and I typically just recharge it overnight before a trip and I’m all set.

Overall the Limefuel Lite LP200x is a pretty excellent charger, one that mostly lives up to the 20,000 mAh claim, and the best part is the price. Many portable chargers of this size retail for nearly double the cost and sometimes more, but the LimeFuel can be found for only $30 on Amazon, but retails for $85.

Users who need tons of power in order to charge one or two smartphones, or even a smartphone and a tablet at the same time, no matter the circumstances, Limefuel is one of many excellent choices worth consideration.