It’s early in 2015, but we want to share 5 things you need to know about the Madden 16 release that is coming this fall. After a return to the year based naming scheme with Madden 15, the new 2015 Madden arrives with a 16 in the title which is sure to confuse parents, but not many gamers.

Although you can count on a new Madden game every year, it is great to finally see some official information about the game and what gamers can expect for 2015. 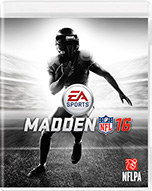 The Madden 15 release delivered an upgraded training mode with challenges, a vastly improved Madden Ultimate Team and a number of changes to the gameplay.

With Madden 16 we already know one area that EA will focus on delivering a new experience, we know when you can play and we have a good idea who can play Madden 16 early.

There is still no NCAA 16 release planned this year, but there is finally some Madden 16 competition that will allow gamers to choose between trading in Madden 15 for Madden 16 and trying a new football game.

Here is what you need to know about the Madden 16 release date and the overall release.