The Madden 22 release date is confirmed and pre-orders have begun. You’ll want to buy the correct Madden 22 edition for your interest level and budget and this guide will help you do that.

EA’s announced the next installment in the long-running Madden series and Madden 22 is headed to consoles and Windows PC later this month.

The Madden 22 release date is slated for August 20th. This is the release date for all platforms, a list that includes PS4, PS5, Xbox One, Xbox Series X, Xbox Series S, Google Stadia, and PC. There won’t be a release for Nintendo Switch, it seems.

If you want to play the game before August 20th, you need to buy a specific Madden 22 edition or join EA Play. EA Play subscribers already have access to a 10 hour trial of the full game.

There are three Madden 22 editions: a standard version, an MVP Edition, and a Dynasty Edition. Each comes with a different set of bonuses.

If you decide to order Madden 22, you’ll want to select the right edition. Each has its pros and cons and today we want to guide you through each edition and tell you about the key differences between a physical and digital copy of the game.

The standard edition is the most basic version of Madden 22. For $59.99, or $69.99 if you order a copy for PS5 or Xbox Series X, you get a copy of the game and some bonuses if you order before the game’s release in August.

The Madden 22 pre-order bonuses include 20 staff points for Franchise Mode, General Player Class Starting at Level 10 for Face of the Franchise and The Yard, a Tom Brady Gear Capsule, and your choice of one out of 32 NFL stars for Madden Ultimate Team (MUT).

There aren’t a ton of Madden 22 deals out there right now though EA Play subscribers can take the usual discount on a pre-order. My Best Buy members who pre-order get a free Barry Sanders Funko Pop! figure which retails for $10.

The Madden 22 standard edition is the most basic version of the game, but it’s also the cheapest version. It’s the edition most people should buy.

Who should buy the standard Madden 22 edition?

You can buy it right now at various retailers including Amazon.

If you want additional bonus items, you might want to shell out a little more cash for the Madden 22 MVP Edition.

In addition to the pre-order bonuses you get with the standard copy, the Madden 22 MVP Edition comes with some extras including an early Madden 22 release date. You can also start playing the full game right now.

So who should opt for Madden 22 MVP Edition?

You can buy it right now at various retailers including Amazon. 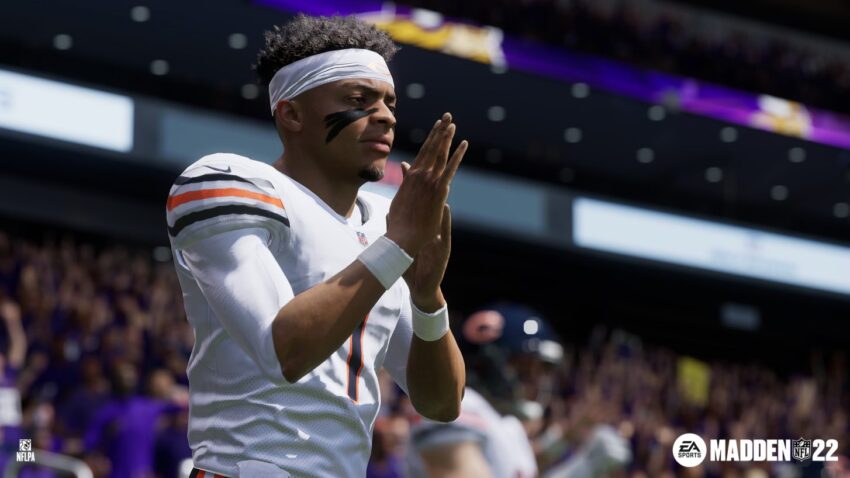 There’s also the Madden 22 Dynasty Edition which is even more expensive than the standard and MVP editions. It’s also available via pre-order only.

The Madden 22 Dynasty Edition nets you the pre-order bonuses, everything included in the MVP Edition including the early release date, and some extra bonuses. These include:

This edition is extremely expensive and it’s aimed at those who plan to spend the rest of 2021 and a good portion of 2022 playing Madden 22. If you’re a hardcore Madden/MUT player, this might be the right edition for you.

You can find the Madden 22 Dynasty Edition at retailers like Amazon. Again, this edition is available via pre-order only.

Madden 22 comes in physical and digital formats. Here are a few things to consider before you pick one or the other.

If you want to play the game ASAP, purchase a digital copy. You can pre-load the game ahead of its release date which lets you to start playing the second it goes live. If you live on the west coast of the United States, that means 9PM on August 19th.

There are also a few reasons to go with a physical copy of Madden 22.

If you buy a physical copy you’ll be able to sell it to GameStop or a reseller like Craigslist or eBay if you get tired of playing it. You’ll also be able to lend your copy out to friends or family members when you decide to move onto another game.