When a man in Yolo County, California was cited with a ticket for going 40 MPH in a 25 MPH zone, he went to court to fight the ticket armed with his Android smartphone with its GPS capabilities.

For evidence and to rebute his citation, the man, who was using the Google Tracks app at the time he was pulled over for his speed violation, says that the app, which used GPS, recorded his speed to only be 26 MPH. 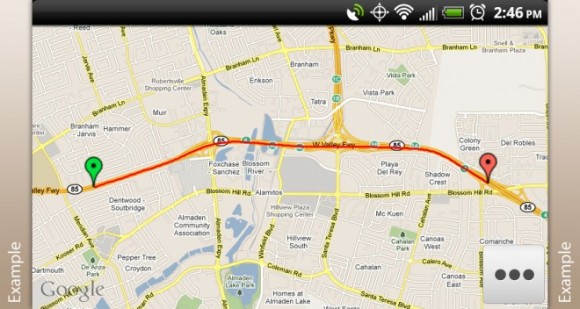 The way the app works, according to the defendant is: “This free app records and visualizes your GPS data on a map, which is something I always wanted to try. I began using app while jogging, biking to class, and even when driving.”

The man won his case against the police officer who had cited him. However, the verdict was not because of the reliability of GPS technology, but rather the judge’s position is because the officer did not present enough evidence in court–he had not calibrated his radar gun recently:

The judge took a moment and declared that I was not guilty, but he had an unusual statement that followed. To avoid any misinterpretations about his ruling, he chose to clarify his decision by citing the lack of evidence on the officer’s part. He mentioned that he was not familiar enough with GPS technology to make a decision based on my evidence, but I can’t help but imagine that it was an important factor.

Smartphones and their embedded GPS chips and wireless capabilities have caught thieves, and someday soon it may help consumers prove their real speed on the road in a court. For now, though, the judicial system may need to examine GPS performance and data more closely for future cases.