In a game of musical chair that left Apple’s former mobile software head Scott Forstall without a seat at the management table led by CEO Tim Cook, Apple’s recent reshuffling of key executives may have a more profound impact on the company’s designs moving forward and could help disparate operating groups achieve greater synergies together. In a recent Wall Street Journal article, Apple is described as a company where silos for secrecy will slowly begin to break down in order for increased collaboration and synergy. 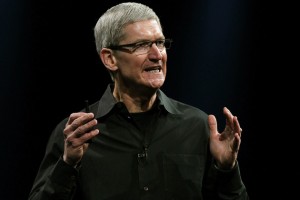 And there may be some truth to that in a post-Steve Jobs era at Apple, Inc. Jonathan Ive, whose name is synonymous with the killer hardware designs that he has crafted for Apple, now works with executive Greg Christie on the software side. The two have been described as “pleasant and cordial” together.

And perhaps this may be a good thing, despite the increasing number of leaks behind Apple’s flagship product launches in recent years after having been in a culture of secrecy. With the next version of the iOS operating system, Apple is said to be abandoning its skeuomorphic design for icons that was championed by outgoing exec Forstall in favor of a simpler, more minimalist and flatter design that is part of Ive’s vision. Even HTC is slowely moving away from skeuomorphic designs with its latest Sense UI, boasting simpler, flatter icons.

Some suggested that in Apple’s next mobile operating system, Ive is pushing a more “flat design” that is starker and simpler, according to developers who have spoken to Apple employees but didn’t have further details. Overall, they expect any changes to be pretty conservative. For the past few years, Apple has unveiled versions of its mobile operating system in the summer.

And now Craig Federighi oversees both Mac and iOS software teams, leading to speculation that there may be even more crossovers and similarities between Apple’s desktop and mobile operating systems. This may be a good thing. More recently, Google announced a similar strategy that saw Android head and founder Andy Rubin with a sudden change of role in the company and now Android and Chrome OS are headed by Sundar Pichai.

When iOS first started, it relied on the same design and apps that were ported from OS X, but in more recent times Apple’s desktop OS X platform has borrowed a lot from its mobile counterpart. Notifications, multitasking, full-screen apps, and an OS X app store were all inspired from iOS. This has led to some speculation on whether personnel will be combined after Federighi oversees both platforms.

There is lots of overlap between the two groups, such as two teams working on calendar software; whether the two would be combined after Federighi took over both was a big question among employees in the division, the people close to the company say

And though computing today encompasses mobile (iPhone and iPad) and desktop, Apple may be prepping itself and re-organizing its staff to make room for future innovations. The company has been rumored to be working on iTV, iWatch, and iCar products.

And more recently, Cook tapped Adobe’s CTO Kevin Lynch for a job at Apple. It’s uncear what Lynch’s new role will be, especially considering that Lynch had publicly battled with Apple and Jobs in the past over Apple’s refusal to incorporate the Adobe Flash plugin into its mobile iOS product. If Lynch’s role at Apple parallels what he does for Adobe, perhaps he will help Apple hedge its bets on what technology to invest in next.

After a series of two hires that did not work out, CEO Tim Cook’s new management will be carefully examined for the products it releases, and we’ll hopefully see how the teams operate when the new iPhones and iPads debut this fall.