Since Apple launched iMessage for the iPhone, iPad and iPod Touch last year we’ve hoped for a Mac app to tie the experience together, and now it looks like we’ll have that when OS X 10.8 Snow Leopard launches later this year.

If you can’t wait to try iMessage on the Mac, Apple has just posted a beta of the Messages app for Mac that brings all of your Mac and iOS communication tools to a single program on Mac, replacing iChat.

Apple announced Messages this morning, during the announcement of the developer preview of OS X 10.8 Mountain Lion, which we’ll be covering in-depth at Notebooks. 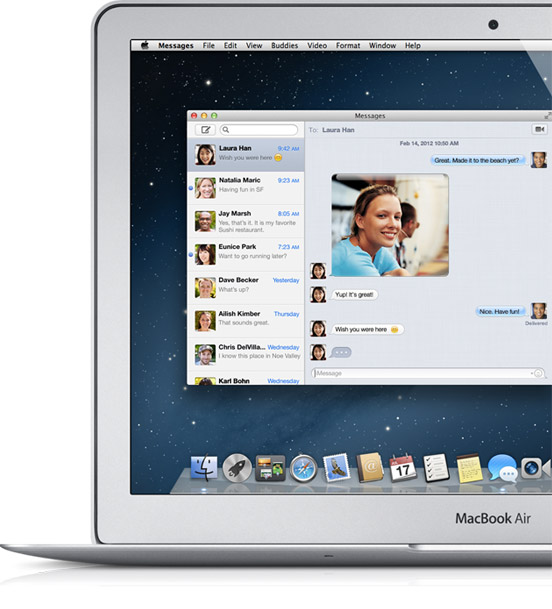 Messages is really interesting because it allows you to send unlimited text messages, photo messages and video messages to iPhone, iPad and iPod Touch users who have iOS 5 installed and iMessages turned on.

You can download the Messages Beta for Macs running OS X Lion directly from Apple. At this time there is an issue preventing some users from downloading the app, but this will likely be cleared up soon.

When you install Messages it will replace iChat, so if you are in love with iChat, you may want to hold off until you see how others like Messages.