Microsoft is said to be lowering its Windows licensing costs to OEM manufacturers in hopes of spurring new form factors for the tablet and computing space. The company has reportedly lowered costs for both Windows and Office in anticipation of new smaller form factor tablets and touch-enabled laptops that will hit the market later this year. In fact, according to The Verge, the upcoming major update to Windows 8, known as Windows Blue, is targeted at 7- or 8-inch devices. 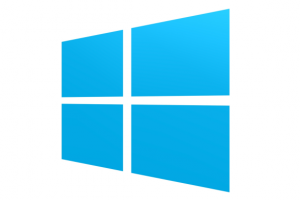 The move may be important for Microsoft as Windows tablets are still seen as commanding a premium compared to those running iOS or Android. Competent Windows 8 tablet hardware typically requires powerful Intel chips, and as such devices like Microsoft’s own branded Surface Pro tablet are starting at a higher price tag than Apple’s iPad slate or tablets running Google’s Android operating system like Samsung’s Galaxy Tab line. Bringing the size of the tablet down may allow Microsoft OEMs to offer tablets at a slightly less expensive price tag due to lower costs.

And in fact, that’s the goal of Windows Blue. Blue is described to be an update to Windows 8 that will help bring down prices. In an interview with The Wall Street Journal, Asus CEO Jerry Shen believes that Blue would allow Asus to offer devices with ‘a better selling price than before’ and that those devices would be coming in the third or fourth quarter of this year.

Tablets with smaller 7- or 8-inch displays will be more portable. However, Microsoft would still need to revise the UI and menus of the classic Windows Desktop mode. Under the classic Desktop mode, the device would display a desktop that’s familiar to users who have used Windows 7 or earlier. In this mode under Windows 8 currently, menus are still not touch optimized. For example, if you right click on the desktop to bring up options for creating a new folder on the desktop or changing the display resolution, that menu is the same mouse-optimized size that is found for Windows 7, rather than the newer touch-friendly mode of the Live Tiles UI. This creates a jarring experience on the 10.6-inch Surface Pro, and the problem may be more jarring on a smaller display unless Microsoft brings massive UI overhauls to the classic desktop mode.