After initially establishing a pre-order program for the highly anticipated Nokia Lumia 900 for AT&T’s 4G LTE network in the U.S., Microsoft retail stores are now abruptly ending the program and are no longer taking pre-orders for the Windows Phone device. It’s unclear as to why the pre-order program has suddenly end and Microsoft did not give a reason as to its intentions for doing so. 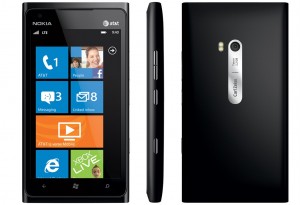 One speculated reason is that Nokia and wireless partner carrier AT&T may soon announce pricing and and a release date for the device, and perhaps Microsoft wants to gauge interest in consumers after pricing information is known. However, it still doesn’t really explain why the company would want to stop taking pre-orders in advance.

The Lumia 900 is a follow-up to the 3G Lumia 800. Nokia says it had designed the Lumia 900 with the U.S. market in mind, but kept all the positive points about the Lumia 800 in its design decisions, such as the now iconic design that was headlined by bothe the Windows Phone 7-powered Lumia 800 as well as the MeeGo-powered Nokia N9. Gone, however, is the curved glass display in favor of a flat glass panel, but the display also is bigger. With a 4.3-inch display, the Lumia 900 also offers a crisper screen as it doesn’t rely on the PenTile technology found on the screen of the Lumia 800.

In recent weeks, there are now also speculations that a variant of the Lumia 900 may be coming to T-Mobile. As AT&T is said to have a 45-day exclusivity period for the Lumia 900, the T-Mobile variant won’t be released before then. T-Mobile’s variant would be called the Lumia 910 and would be similar to AT&T’s model except that it will have a 12-megapixel camera.