Earlier in the week, we had reported a Twitter campaign ran by the Windows Phone team asking for the worse malware stories on the Android platform for a chance to win a new Windows Phone 7 handset. It seems that the buzz around that campaign–and recent woes of malware targeted at both U.S. and international users on Google’s mobile platform–had generated over 3,200 entries from Android users who claim or believe that they’ve been a victim of Android security woes. 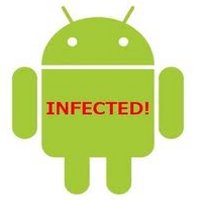 Users of the campaign were asked to send in their malware stories with the hash tag #DroidRage.

It’s unclear how many of these unfortunate Android users Microsoft will select to get a free Windows Phone smartphone, but the trend is apparent. As smartphones become more powerful and as users carry and port more content with them on mobile devices, malware will continue to grow and be a cause of concern in the future. That concern will be exacerbated by the fact that smartphone adoption is growing and there will be more users to target.