Many smartphone owners love the MLB At Bat app and service for keeping up with their favorite baseball teams while away from the TV. T-Mobile users will love it even more though as they can watch the Game of the Day for free if they download MLB at Bat ’13 on Android.

T-Mobile customers using Android phones can access the Game of the Day for free, provided they download the app and sign up before June 30, 2013. That’s a decent add-on for customers of the carrier, and it’s a deal which saves them $19.99. The giveaway doesn’t qualify users for the full subscription to MLB TV, but they can upgrade at a lower rate than users on other carriers.

The lowest tier of MLB TV included in this promotion only includes the free game of the day. The Premium subscription however includes almost all of the games.

MLB seems like the most mobile friendly of the four major professional sports leagues in the United States. They not only produce the best mobile app for enjoying the games on nearly all platforms, but they also let users buy tickets and enter the baseball stadium using an iPhone and Passbook. The NFL on the other hand ties their mobile app to customers of DirecTV, who subscribe to the expensive NFL Sunday Ticket, and to Verizon customers. 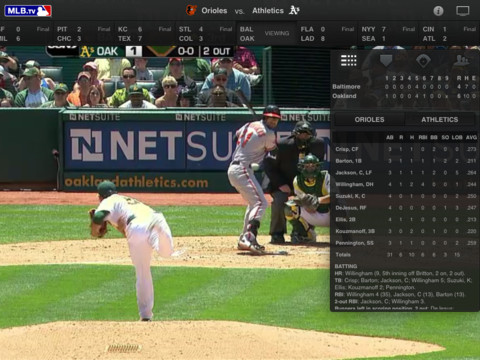 The MLB at Bat ’13 Android app gained some improvements over the previous year’s version. Here’s the Google Play Store’s list of upgrades:

Customers will still need to pay to watch live streams of all the games though. MLB Premium costs $115 a year or $25 a month. For only $20 a year, those not on T-Mobile can get what T-Mobile customers get for free, the game of the day. The app lets non-paying users enjoy stats, news and standings.

Since T-Mobile customers get the lowest tier $20/year version of the MLB service, they can upgrade to the Premium version with all the games streamed live for only $95/year or $20/month. Plus, these customers will get access on their computer, Apple TV, Roku and other set-top boxes.