Just when you thought the Patent Wars between the mobile tech titans had receded into a place in your memory it looks like a new battle is brewing. A consortium of companies including Microsoft, Apple, RIM, Ericsson, and Sony, filed a number of lawsuits aimed at Google and seven of its Android partners (Asustek, HTC, Huawei, LG Electronics, Pantech, Samsung, and ZTE) on Halloween. Tricks, but no treats, if you are on the Android side of things. Unless of course you’re one of the lawyers.

According to Ars Technica, the lawsuits target six patents that aim at Google’s core search business. The description for violations of patents covering a “associative search engine” reads thusly: “an advertisement machine which provides advertisements to a user searching for desired information within a data network.” Google’s Android partners are being hit for a variety of patent infringements covering a range of technologies including smartphone hardware, GUI navigation elements, an integrated messaging center, and networking protocols. 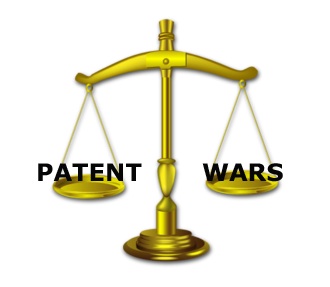 The lawsuits were filed by Rockstar Consortium, which is owned by Microsoft, Apple, RIM, Ericsson, and Sony, that was formed to purchase the patents of Nortel when it’s business collapsed in 2009. The patents were put up for auction in 2011. Google entered a loosing bid for those patents and Rockstar Bidco purchased them for $4.5 billion. Rockstar Bidco came under US Justice Department scrutiny when it won the auction but that investigation ended when both Microsoft and Apple agreed to make licensing available for many of the core wireless technologies covered under the patents. Rockstar Consortium is a newer entity with the same owners, but is not bound by the same promises as the original Rockstar Bidco. Industry insiders claim they saw this coming and it was a contributing factor leading to Google’s purchase of Motorola Mobility and its patents in 2011 for $12.5 billion.

According to reports the lawsuits name most of the product lines offered by Google’s Android partners. The lawsuits were filed in the Eastern District of Texas, which is supposedly friendly to plaintiffs in these legal tussles. Google will inevitably respond with lawsuits of its own and the battle will be joined.

For consumers this won’t mean much at the moment, unless injunctions start getting tossed about. But in the long run the legal investment in fighting these patent wars will divert attention and resources away from the tasks of creating new products. There will be some hesitation about including this or that in a new product, and in the blistering pace of the mobile tech world there is very little room for hesitation and delay.