The folks over at Retrevo have given us perhaps the best evidence of what we’ve been saying for a while now. The site’s study shows us that Amazon’s tablet has the potential to do things that previous Android tablets haven’t been able to do thus far – like sell.

The surveys covered several categories, and they all point to a door being wide open for Amazon to make a big splash this holiday season. We consider this good news, as even Apple fans benefit from strong competition in the market. 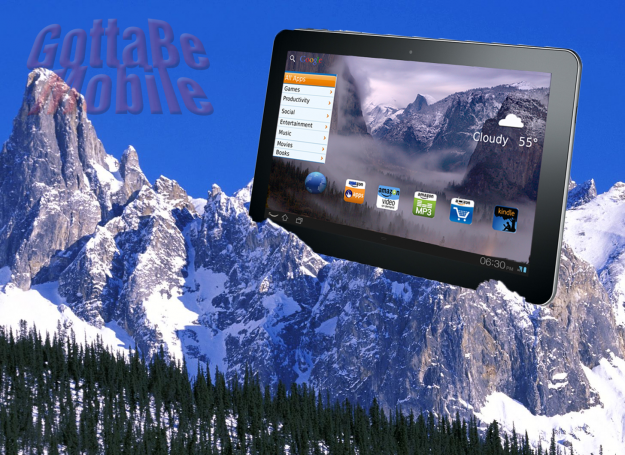 The first survey showed that a surprising number of people are willing to buy a quality tablet – if it has the right price point. While it would be quite the feat for Amazon to slide the price down that low, 79% said that they’d be willing to buy an Android tablet if it rings up under $250. Nearly 50% said they’d do the same if the slate cost under $300. If the cost is closer to $400, the percentage of buyers drops down to 31%.

How does this relate to Amazon? Because they have the chance to deliver a very solid tablet in this range. Reports are surfacing that they want to cut down on the display by only allowing two-point multi-touch (it will only register two fingers touching the screen at once). Previous leaks indicated that they were also foregoing cameras in their upcoming tab. They can also count on selling bundled streaming, book, and retail content on the tab to help subsidize a low price.

Can those two non-Earth-shattering omissions combine with digital sales to get their slate dropped down to $250? That remains to be seen, but if so – Amazon could be showing Apple that there is room for other manufacturers’ tablets in this new product frontier.

Customers generally like – and trust – Amazon. Millions of people get great deals on their retail products every day, and their only previous electronic gadget – the Kindle – is a household name that has outsold every other e-ink reader on the market.

It’s also to be noted that this survey doesn’t even mention the Kindle brand. Amazon could choose to call their tablet something else entirely. But if they throw the “Kindle” name into their tablet’s branding, that immediately creates an association that could boost sales further. This may not be wise for Amazon, though, as it could backfire and make customers think the tablet is more of a “hybrid eReader” device like the Barnes & Noble Nook Color.

Interestingly, the effect of the 1990s’ Dell Dude campaign is apparently still in the consciousness of some consumers, as 38% said they’d buy a tablet made by Dell.

Blackberry, meanwhile, has tarnished its reputation to a level that nobody would have dreamed of four years ago. Only 24% said they’d seriously consider a RIM slate, surpassing only Barnes & Noble. That’s what happens when you release a tablet that doesn’t have an email client (*face palm*).

While 50% of respondents said that they were definitely buying an iPad this year, the other half of people surveyed indicated that they were open to getting some other tablet.

Despite the sound beating that Android tablets have taken at the hands of the iPad, it looks like customers may not be attached to keeping things that way.

This makes sense. How many people were geared up to get an Android tablet, but were turned off by the high prices and lack of quality apps? It looks like a high portion of buyers are just waiting for something that’s worth buying. The Galaxy Tab 10.1 and Eee Pad Transformer got better reviews than previous offerings, but it’s still not clear why most people would want either above the iPad.

Amazon could be just the company to deliver what these people are looking for.

Thinking With Their Wallets

Finally, Retrevo asked tablet buyers what the most important factor is that will determine what tablet they buy. Well, it looks like money talks just as much as ever. 48% said that low price was the biggest determinant.

A high resolution display was the second-highest priority, at only 28%. Maybe Apple should rethink their apparent prioritizing of a Retina display iPad?

So the stage is set for Amazon to launch a real doozy on us later this year. We don’t know the specifics of their tablet (of course it hasn’t even been officially announced), but it’s going to be interesting to watch no matter what they bring.

This is a showdown that’s many years in the making. Apple launched the iPod in 2001, and Amazon’s first Kindle came to the market in 2007. Both were the sexy “must-have” gadgets to have in their respective categories. Until now, Amazon and Apple have not directly competed in any device product category. As tablets are becoming the ultimate amalgamation of a million dedicated gadgets into one, the two companies are now set to be rivals.

How big can Amazon’s slate be? Only time will tell. But since it’s in the fortunate position of following some pretty weak opening acts, it’s almost guaranteed to be considered a “success.” Even if it only puts a minor dent in the iPad’s share of the market, that’s something that hasn’t been done before.

Of course nobody is overtaking the iPad in market share this year, but if we’re talking about the next two or three years? Amazon could spearhead a movement of Android slates that could have them at the front of the pack by then. Maybe then Android tablets will start getting a quality app library.