My favorite iPad apps end up on my iPad 2’s home screen and dock.  Interestingly, my home screen has only changed slightly now that I have the 3G iPad 2.

Of the apps below there are only a few that are iPad 2 specific. Three of them have to do with the camera – Quickshot and the Apple Camera app as well the camera feature built into Evernote. I added Navigon for directions because my new iPad is a 3G model. There are a couple of newcomers that are sitting there temporarily while I test them out for reviews. 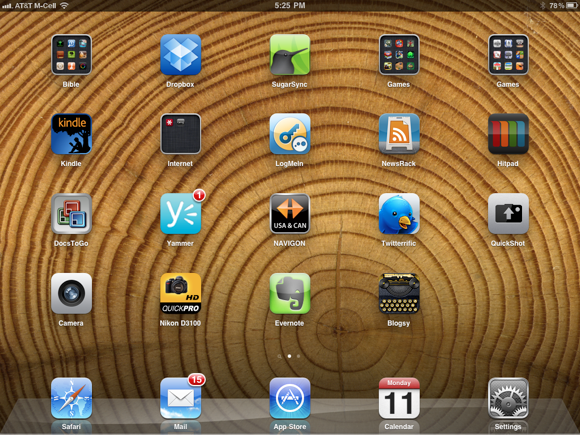 Here  is a screen shot showing the apps I most use.

Some people put all their apps in folders on the Home screen. I find that doing so slows me down, so I categorize my apps into folders but place them in the second screen unless it is a category that I use a lot, like some of the ones below.

Of the apps that Apple installed for me out of the box, I use most: 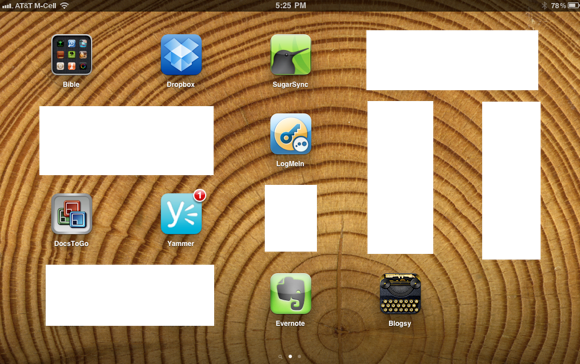 Some of favorite productivity apps have also been reviewed at Notebooks.com as our iPad App of the Week – a weekly recommendation series of iPad apps. To get things done I mostly use the following: 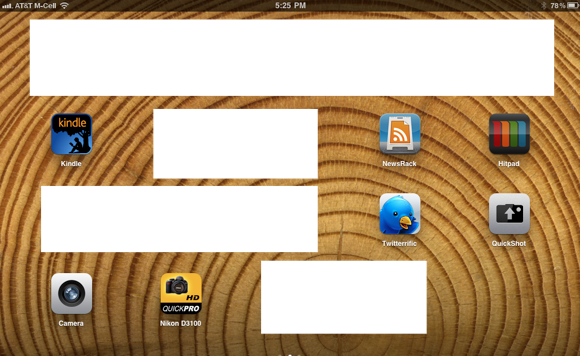 I have two folders of games on my Home Screen, but I categorize them as my favorite and then the rest. The rest are here only because I want all my games close to one another. Here is the list of games I play most often on my iPad. 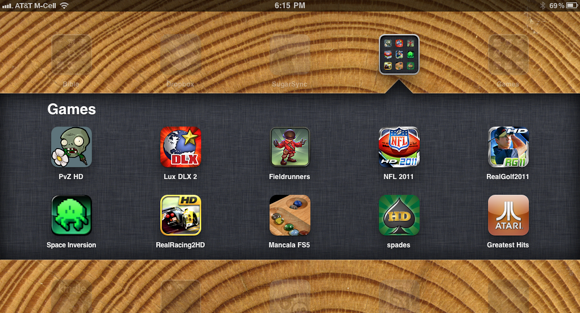