The Moto 360 is easily the most anticipated smartwatch of 2014 with a round face and design that begs to be seen. Even though an iWatch reveal is just a week later there is still a lot of attention for the Moto 360 and a Moto 360 release date that will certainly beat an iWatch to market.

Motorola already revealed the Moto 360 earlier this year, but the company saved some of the most important details for an event later in the year. That event takes place later this week, right after the Galaxy Note 4 event, and alongside a Moto X+1 and a new Moto G2. 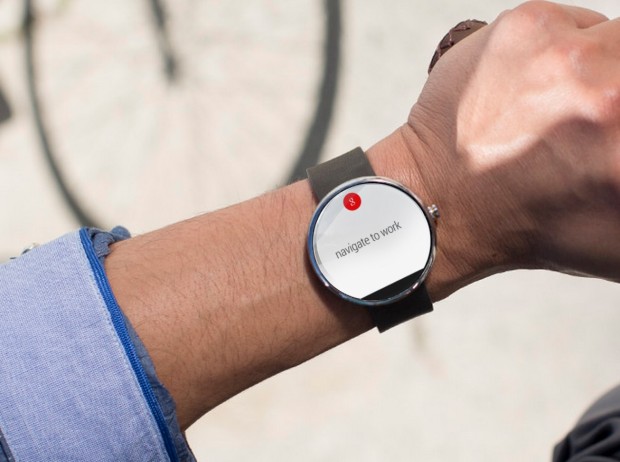 Check out the new Moto 360 details coming ahead of the announcement.

As we move quickly towards the Moto 36o release date competitors like LG are hoping to meet the Moto 360 head on with a circular face and Android Wear, but Motorola certainly has a head start.

At this point it doesn’t look like Motorola will offer a Moto X+1 & Moto 360 live stream for the variety of events taking place in the U.S. and at IFA 2014 in Berlin.

The company may surprise us, but expect to see a more coordinated release of information without a traditional live stream where you can watch as the unveiling happens.

The Moto 360 release date is still a closely guarded mystery, but we expect that it is something that will happen fast after the final Moto 360 details are made public. 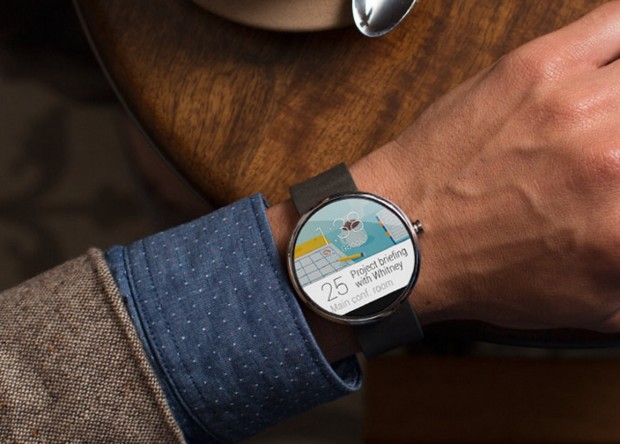 Unlike most releases, we already know a lot about the Moto 360, we are just waiting on the last details to arrive and for Motorola to be ready to offer it for sale.

Best case you can buy the Moto 360 in the next two weeks, worst case you’ll be wearing it by the end of September.

The Moto 360 features a large circular face that a stainless steel band wraps around to deliver a classic watch look. This is the inspiration for the Moto 360 — a smart watch that looks more like a classic old watch.

Rumors questioned the material Motorola uses, but in recent videos the company confirmed that the Moto 360 uses a stainless steel band around the watch face and a strong Gorilla Glass 3 watch face to keep the device looking nice over time. 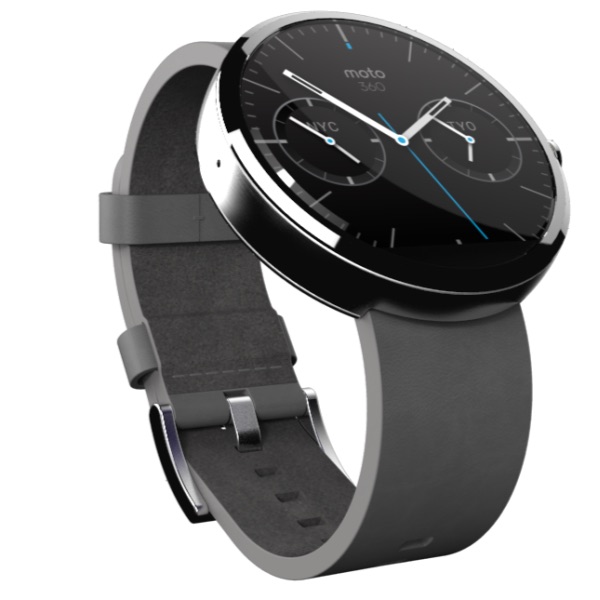 The Best Buy listing includes other details like a heart rate monitor built-in, likely on the back of the circular watch face that measures 1.5-inch in diameter. You’ll be able to pick a watch band that fits your style, based on leaks, including leather options as shown in the video below.

The Moto 360 specs may not be as important as on a smartphone to every user, but thanks to the accidental Moto 360 sale page, we know about what you can expect. Here are the important Moto 360 specs.

We’ll should hear more detailed Moto 360 specs during the event later this week.

Although Motorola did not confirm the Moto 360 price, Best Buy listed the device for $249.99, which is certainly in the acceptable range of smartwatch prices.

You can buy a cheaper smartwatch if you want a plastic eInk display or if you want an Android Wear smart watch with a square display, but for stainless steel, a circle face and a leather band you’ll need to pay more.

You will need an Android phone to use the Moto 360. The smartwatch runs Android Wear, which only supports Android smartphones.

The good news is you don’t need a new Android phone for this to work. It should work with all Android phones on Android 4.3 and later with Bluetooth connectivity. You don’t need a Motorola smartphone like the new Moto X+1 to use this device, but you cannot use it with an iPhone.

The Moto 360 runs Android Wear, a special version of Android geared for  smartwatches. This links the watch to your phone to pass along notification and let you view the notification on your wrist and also on your phone.

For the most part you’ll get notifications on your Moto 360 across the bottom of the screen. You can swipe to see more information, similar tot he Google Now cards you see on your phone.

You’ll also see travel information from Google Now, sports scores and more. There are Android Wear apps that allow you to install apps and add features to the device. We’re waiting to see how these apps work on the circle display.

You can choose to Open to Phone to bring the app you are in open on your phone. Similar to this option are commands to reply and more. The video above shows what Android Wear software looks like on a square display.

The Moto 360 is voice activated so you can say a keyword and then ask a Google Now command to use the device.

The Moto 360 is waterproof to a certain degree so you can shower with it on and even go swimming if you aren’t going to spend all day in the pool.

Like most water proof gadgets the Moto 360 is able to survive water at depths of 3.3 feet for 30 minutes. This is a nice feature, but you’ll need to keep in mind how deep you’ll go or how long you’ll be in the water if you wear this to the pool or the beach.

Right now it sounds like the Moto 360 will charge with an included dock, and not a USB cable that plugs directly in to the device. This means wireless charging when you take the watch off at night and set it on the included dock.

Thanks to the Best Buy leak we also know the Moto 360 size. It is 1.8-inch by 1.8-inch and it is 0.4-inch thick. That may sound large, but it’s not much larger than the Citizen Men’s Eco Drive Nighthawk, which is more than a half-inch thick.

According to WatchStation, the watch industry considers a thickness of 0.4-inch (10.16mm) to be average in thickness.